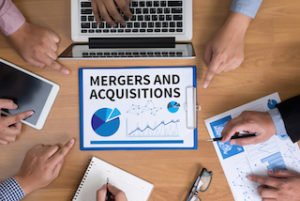 The business to be transferred, which has been marketed under the Great-West Financial brand, includes bank-owned and corporate-owned life insurance, single premium life insurance, individual annuities, and a portion of Great-West’s closed block life insurance and annuities. GWL&A will retain a block of participating policies, which will be administered by Protective.

Empower and a related investment management arm, Great-West Investments, represent the company’s future, Great-West officials say. These two divisions are not affected by this transaction. The oldest business line and the one sold off via a reinsurance agreement, Great-West Financial, has provided insurance policies and annuities for more than a century.

The transaction represents an estimated capital investment by Protective of approximately $1.2 billion, subject to adjustment, and will be the largest acquisition in company history. It will also mark Protective’s entrance into the executive benefits market.

“This business aligns well with our long-term plans for growth and scale. The life and annuity business has been a cornerstone of Protective throughout our history and will continue to be an area of future growth for the company,” said Richard J. Bielen, President and Chief Executive Officer, Protective. “Together, Great-West and Protective bring strength and stability to this transaction with a shared focus on serving people and doing the right thing – for our employees, our distributors, and most importantly, our customers. We are excited about the opportunity to reach new markets and provide valued protection to even more customers.”

When closed, this acquisition will be Protective’s 57th acquisition and its 50th life and annuity acquisition. It will be the fourth transaction completed since Protective became part of Dai-ichi in 2015. Dai-ichi considers Protective to be its North American growth platform and continues to aim for further expansion in the region, through both acquisitions and organic growth in Protective’s retail sales.

Morgan Stanley & Co. LLC is acting as financial advisor to Protective in connection with the transaction. Willkie Farr & Gallagher LLP is acting as Protective’s legal counsel.

About Protective Life Corporation: Protective Life Corporation provides financial services through the production, distribution and administration of insurance and investment products throughout the U.S. The company traces its roots to the corporation’s flagship company, Protective Life Insurance Company – founded in 1907. Throughout its more than 110-year history, Protective’s growth and success can be largely attributed to its ongoing commitment to serving people and doing the right thing – for its employees, distributors, and most importantly, its customers. The company’s home office is located in Birmingham, Ala., and its nearly 3,000 employees are located in offices across the United States. As of September 30, 2018, the Company had assets of approximately $91.8 billion. Protective Life Corporation is a wholly owned subsidiary of Dai-ichi Life Holdings, Inc. For more information visit www.Protective.com.

2 As of Sept. 30, 2018, includes accounts of Great-West Life & Annuity Insurance Company and its subsidiaries