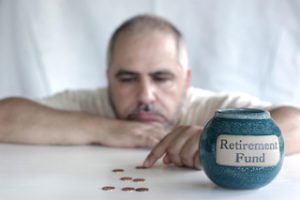 Americans feel underprepared for the financial realities of retirement, according to new data from Northwestern Mutual. Nearly eight in 10 (78%) Americans are “extremely” or “somewhat” concerned about affording a comfortable retirement while two thirds believe there is some likelihood of outliving retirement savings.

“As financial implications of retirement become increasingly complex, inertia just isn’t an option,” said Rebekah Barsch, vice president of planning for Northwestern Mutual. “The good news is that it’s rarely too late to start. In fact, we often compare financial and physical fitness because the hardest part is taking the first step. However, once people commit to a strategy and start seeing positive results, they’re motivated to meet and even exceed their goals.”

This is the initial set of findings from the 2018 Planning & Progress Study, an annual research project commissioned by Northwestern Mutual that explores Americans’ attitudes and behaviors toward money, financial decision-making, and the broader landscape issues impacting long-term financial security.

Concerns about financial security in retirement are leading people to work longer. In fact, more working Americans anticipate retiring at 70 years or older (38%) than in the more traditional 65-69 age range (33%).

Among the more than half (55%) of Americans who believe they will have to work past age 65 from necessity, 73% cited “not enough money to retire comfortably” as the dominant driver.

Other reasons mentioned include:

For those who plan to work past 65 by choice, disposable income (55%) and professional satisfaction (54%) were near equal motivators. This is a notable contrast to 2015 Planning & Progress Study findings where career enjoyment was the leading driver (66%) followed by interest in additional income (60%).

“Continuing to work later in life should be a personal choice not a mandatory requirement for survival,” Barsch said. “Proactive financial planning can be the difference between a desired and a default retirement lifestyle.”

About The 2018 Northwestern Mutual Planning & Progress Study: The 2018 Planning & Progress Study was conducted by Harris Poll on behalf of Northwestern Mutual and included 2,003 American adults aged 18 or older in the general population (and an oversample of 601 interviews with U.S. Millennials age 18-34 which have been combined with the general population of those 18-34 when featuring this age group separately from the general population) who participated in an online survey between March 7 and March 19, 2018. Results were weighted to Census targets for education, age/gender, race/ethnicity, region and household income. Propensity score weighting was also used to adjust for respondents’ propensity to be online. No estimates of theoretical sampling error can be calculated; a full methodology is available.

About Northwestern Mutual: Milwaukee-based  Northwestern Mutual has been helping families and businesses achieve financial security for more than 160 years through a distinctive, whole-picture planning approach. With $265 billion in assets, $28.1 billion in revenues, and more than $1.8 trillion worth of life insurance protection in force, Northwestern Mutual delivers financial security to more than 4.5 million people who rely on the company for life, disability income and long-term care insurance, annuities, brokerage and advisory services, trust services, and discretionary portfolio management solutions. The company manages more than $125 billion of client assets through its wealth management and investment services.