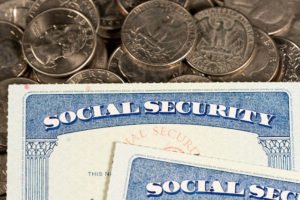 A new multi-year study finds 76% of workers in 2017 expressed concern that Social Security will not be there for them when they are ready to retire.

The nonprofit Transamerica Center for Retirement Studies® (“TCRS”) released A Compendium of Findings About American Workers (“Compendium”), on June 27, which examines retirement readiness by demographic segments.

“Most workers are counting on Social Security as a meaningful source of income in retirement – and most are concerned about its future,” says Catherine Collinson, CEO and president of Transamerica Institute and TCRS. “Reform is needed to mitigate Social Security’s funding shortfalls, but policymakers have made little progress in identifying and implementing specific changes. Workers need clarity and direction so they can plan accordingly.”

The Compendium offers a trend analysis of more than 60 broad measures of the retirement outlook among American workers, ranging from attitudes and beliefs, access to employer-sponsored retirement benefits, savings rates, and planning-related activities, to the changing nature of retirement itself.

Strides are being made, but more needs to be done

“American workers have seen gains in their retirement accounts over the past five years. The question is whether these gains are adequate for funding their retirement,” said Collinson. According to the study, only 20% of workers “strongly” agree they are building a large enough retirement nest egg, an alarmingly low percentage, albeit an improvement since 2013 (11%).

Influences of demographics on retirement preparedness

“All workers share many retirement-related risks; however, each demographic segment faces unique opportunities and challenges. By increasing an understanding of the commonalities and differences, we can identify solutions to help those in greatest need, and in turn, all workers,” said Collinson.

Visit TCRS at www.transamericacenter.org to view the Compendium along with other reports and materials from the 18th Annual Retirement Survey.

About Transamerica Center for Retirement Studies:  Transamerica Center for Retirement Studies® (TCRS) is a division of Transamerica Institute®, a nonprofit, private foundation. Transamerica Institute is funded by contributions from Transamerica Life Insurance Company and its affiliates and may receive funds from unaffiliated third parties. TCRS and its representatives cannot give ERISA, tax, investment or legal advice. This material is provided for informational purposes only and should not be construed as ERISA, tax, investment or legal advice. Interested parties must consult and rely solely upon their own independent advisors regarding their particular situation and the concepts presented here. For more information please refer to www.transamericacenter.org and follow TCRS on Twitter at @TCRStudies.

About the 18th Annual Transamerica Retirement Survey:  The analysis contained in A Compendium of Findings About American Workers was prepared internally by the research team at TCRS. The 25-minute online survey was conducted in English within the U.S. by The Harris Poll on behalf of TCRS between Aug. 9 and Oct. 28, 2017 among a nationally representative sample of 6,372 workers. Potential respondents were targeted based on employment status and company size. Respondents met the following criteria: U.S. residents, age 18 or older, full-time or part-time workers in for-profit companies with five or more employees.