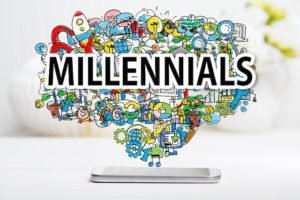 Millennials are often labeled as being financially irresponsible, spending too much on frivolous things or experiences, but they are actually positioning themselves to be in better financial shape than other generations.

This according to findings released Feb. 6 from the Generations Ahead Study* from Allianz Life Insurance Company of North America (Allianz Life®). The study found that 77% of millennials feel financially confident (compared to only 64% of Gen Xers) and 48% of those with a 401(k) contribute 10% or more on a monthly basis – which is the highest percentage of any other generation (only 36% of Gen Xers and 44% of boomers reported the same).

Further supporting this financial progress, 41% of millennials reported they always set aside money each month for saving (compared to only 36% of Gen Xers) and 58% believe saving for retirement is a basic necessity, like food or housing.

Many millennials (71%) also use “tricks” to make saving money easier. For example, the majority of them use several different accounts to automatically save their money for specific purposes (one for everyday expenses, one for a particular loan, one for a special trip, etc.). Millennials also reported their median retirement savings to be $35,000, which is equal to Gen Xers, who have less time to build their nest egg.

As their financial strength builds, however, social media has become the millennials’ financial Achilles’ heel. More than half (55%) reported experiencing a fear of missing out (FOMO) and 57% spent money they hadn’t planned to because of what they saw on their social media feeds.

The vast majority (88%) of millennial respondents also believe social media creates more of a tendency to compare one’s wealth/lifestyle with others (versus 71% of Gen Xers and 54% of boomers). Sixty-one percent feel inadequate about their own life and what they have because of social media. And perhaps due to this FOMO, half also claim they spend more money going out than they do on rent or mortgage.

“Millennials are finding innovative ways to build their financial strength and are becoming more confident because of these actions,” said Paul Kelash, vice president of Consumer Insights for Allianz Life. “But, more than any other generation, social media and the allure to spend beyond their means could have long-term negative effects on their finances if they’re not careful.”

Learning from the past, seeking help for the future

Recent financial traumas witnessed by millennials have also had a profound effect. Nearly a quarter (24%) of millennials saw their parents suffer a major financial setback during the recession of 2008-2009 and possibly because of this, 57% said they are unlikely to ever invest in the stock market. Additionally, 65% are uncomfortable with too much debt because they saw their parents struggle with it.

“While it’s promising that many millennials are working to avoid debt and build savings, seeing such a large number of them averse to investing is a concern,” added Kelash. “A balanced approach to saving and investing is a strong recipe for a solid retirement and if they have worries, a financial professional can help them find the right balance.”

The study also found that this generation is the most open to getting help. While the vast majority of millennials (70%) use online apps or tools to help them manage their money, human support is still very valuable to them. In fact, 40% of millennials said they have a financial professional and work closely with them (compared to only 25% of Gen Xers). They also prefer to communicate in person with a financial professional (42% ranked it as their first choice with phone communication coming in second at 19%). Many millennials believe having a financial professional would give them some relief from the pressure of trying to plan for their family’s future, as 70% are overwhelmed by the thought of how they could provide for themselves and their family in the long term.

For more information about the financial behaviors of millennials, how they compare to other generations, and all the Generations Ahead Study insights, visit AllianzLife.com/GenerationsAhead. 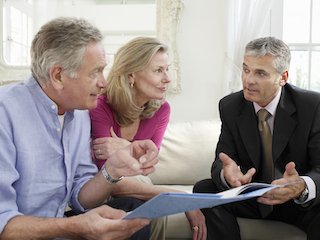 Although most Americans still share concerns about retirement – including nearly two-thirds (63%) who fear running out of money in retirement more than death – baby boomers are finally showing signs of optimism about their retirement readiness, according to the Generations Ahead Study.

More than seven in 10 boomers (72%) said they feel financially prepared for retirement, an increase of almost 15% from 2010. In addition, less than one-third of boomers (32%) said uncertainty about their financial future makes it difficult to know when they can stop working, an improvement from 2010 when half (50%) said they were unsure about when they could retire, if ever.

“The Generations Ahead Study highlights encouraging news for boomers and proves that with proper focus and engagement, anyone can turn around a poor savings situation and start building for a successful retirement,” Kelash said. “Whether taking lessons from the past or forging a new path, the key for each generation is to recognize that a solid retirement plan doesn’t happen by chance, but rather with a clear process and defined actions.”

A new frugality has taken hold with boomers that is leading to a stronger sense of financial preparedness and confidence than seen in previous Allianz Life studies. With 64% of boomers noting themselves as “savers” rather than “spenders,” and 61% saying they always know exactly how much money is in their accounts, the formerly free-spending boomers of the “Me” generation have embraced the financial habits of their Depression-era parents – so much so that a full quarter of boomers now describe themselves as “penny pinchers.”

These traits have more boomers thinking seriously about saving for retirement, with nearly two-thirds (65%) saying they see it as a basic necessity like food or housing (versus 58% millennials and 53% Gen X). This new frugal mindset has also contributed positively to their bottom line, with boomers having the highest median amount in retirement savings among all three generations at $175,000, and a full third of boomers saying they have $250,000 or more earmarked for life after work.

“Although generations share similar hopes and fears for the future, the fact that they all approach retirement in different ways is testament to the need for more tailored planning that can address both the positives and negatives inherent in each group,” concluded Kelash.

For more information on the Generations Ahead Study, visit AllianzLife.com/GenerationsAhead.

The Allianz Generations Ahead Study was conducted by Larson Research + Strategy via online survey in May 2017 with 3,006 U.S. adults ages 20-70 with a minimum household income of $30K+, and was commissioned by Allianz Life.

About Allianz Life: Allianz Life Insurance Company of North America, one of FORTUNE’s 100 Best Companies to Work For in 2017, helps Americans achieve their retirement income and protection goals with a variety of annuities and life insurance products.