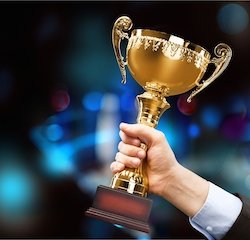 COSTA MESA, Calif. – Life insurers are focusing their efforts on interaction as a way to satisfy their existing life insurance customers and attract new ones, according to the J.D. Power 2016 U.S. Life Insurance Study, released in October.

While overall satisfaction makes a modest 1-point improvement to 771 on a 1,000-point scale in 2016, compared with 2015, customer satisfaction with their interactions with their insurer jumps 31 points year over year to 839.

Insurance companies generally are increasingly turning to digital channels to interact with their customers, and life insurance is no exception. The study finds that 27% of life insurance customers are communicating with their insurer via digital channels in 2016, up from 21% in 2015. And it’s not just Gen Ycustomers who are leading the digital charge. For example, 33% of Boomers submit their life insurance application online, compared with 25% of Gen Y applicants. In contrast, 60% of Gen Y customers have interacted with their insurer in person to submit an application, while only 43% of Boomers have done the same.

“Life insurers are trying to compete in a stagnant pricing market by focusing on communicating with their customers” said Greg Hoeg, vice president of U.S. insurance operations at J.D. Power. “They’re getting more engaged, which is much to the delight of their customers. The challenge for insurers is to understand what, and how often, to communicate. It’s not as easy as assuming the younger generations want to be self-sufficient and only use digital channels or that older generations only want to communicate by talking with another person.”

Most customers want a combination of personal and digital interactions with their insurer. Only 12% of both Boomers and Gen Y customers had exclusively digital contacts with their insurer in the past 12 months. Interaction satisfaction is highest among Gen Y customers (851) when they contact their insurer via both digital and non-digital channels. Boomers, who are most satisfied with non-digital contacts (816), also are highly satisfied with a combination of digital and personal interactions (804).

That’s just scratching the surface, as 46% of customers, including 68% of Gen Y customers, say they would consider wearing a tracking device if their insurer offered rate incentives. Among those who say they would not want to participate, 66% indicate they are concerned about their privacy.

“Wearables are a great way for insurers to compete in the market,” said Hoeg. “Whether it’s through offering fitness trackers to new customers or rewarding those who already have one and live a healthy lifestyle, it’s an incentive that providers can offer and it encourages people to stay healthy or get healthy.”

The study, now in its third year, measures individual life insurance customer satisfaction with their insurer based on performance in four factors (in order of importance): price; policy offerings; annual statement and billing; and interaction.

The 2016 U.S. Life Insurance Study is based on responses from 6,455 individual life insurance customers. The study was fielded in June and July 2016.