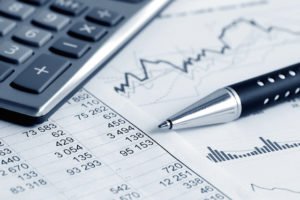 Primerica Inc. announced Nov. 6 in a third quarter earnings report that it experienced 13% growth in term life net premiums during the quarter, and a 5% increase in life insurance licensed representatives, expanding its force to 130,658.

The Duluth, Ga.-based term life carrier, specializing in the middle-income market, announced financial results for the quarter ended September 30, 2018. In the third quarter, total revenues increased 13% to $484.8 million and adjusted operating revenues grew 14% to $485.2 million. Income before income taxes increased 11% and adjusted operating income before income taxes increased 12% over the prior year period. Net income grew 28% to $85.1 million and adjusted net operating income grew 27% to $84.5 million compared with the third quarter of 2017, both of which reflect 2018 benefits from the Tax Cuts and Jobs Act of 2017 (Tax Reform).

“The power of our franchise was evident in the third quarter with top-line growth in each of our businesses,” said CEO Glenn Williams. “The tremendous sales growth achieved in our Investment and Savings Products segment was a highlight of the quarter. The performance of our two complementary businesses combined with capital deployment and the benefit of Tax Reform delivered a 33% increase in EPS year-over-year and 23.9% ROE in the third quarter. We remain focused on executing initiatives to drive growth in order to deliver long-term value to our clients, representatives and stockholders.”

Term Life continued to achieve strong financial results with revenues increasing to $288.0 million driven by a 13% increase in net premiums compared with the third quarter a year ago, according to a statement summarizing Primerica’s performance in the third quarter.

Income before income taxes in the segment increased 12% to $74.3 million year-over-year. Term Life productivity of 0.19 policies per life insurance licensed representative per month was within the historical range, although lower than the elevated levels experienced in the past few years. As a result, Term Life insurance policies issued declined 4% year-over-year.

Term Life estimated annualized issued premiums at Primerica continue to grow year-over-year with policy additions and other increases. Normal claims volatility positively impacted benefits and claims by approximately $2 million in the third quarter of 2018, which was similar to the favorable impact experienced in the prior year period.

Persistency was generally consistent with the year ago quarter while non-deferred insurance commissions increased, largely due to revisions in the sales force equity program that changed the timing of expense recognition but not the economics of the program. Insurance expenses increased $3.7 million from the prior year period to support business growth and initiatives.

New recruits declined 16% from the third quarter a year ago, which benefitted from approximately 17,000 recruits in hurricane-affected areas whose Independent Business Application (IBA) fees were waived. New life insurance licenses were down 8% year-over-year, while the size of the life insurance licensed sales force increased 5% to 130,658 representatives in the period.

About Primerica: Primerica, Inc., headquartered in Duluth, Ga., provides financial services to middle income households in North America. Primerica representatives educate their clients about how to better prepare for a more secure financial future by assessing their needs and providing appropriate solutions through term life insurance, which the Company underwrites, and mutual funds, annuities and other financial products, which are distributed primarily on behalf of third parties. Primerica insured approximately 5 million lives and have over 2 million client investment accounts at December 31, 2017. Primerica stock is included in the S&P MidCap 400 and the Russell 2000 stock indices and is traded on The New York Stock Exchange under the symbol “PRI”.