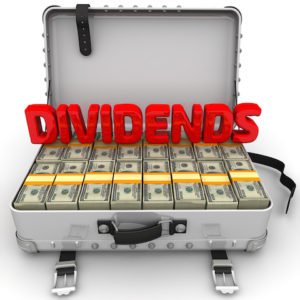 The industry’s largest mutual insurers all recently announced their expected 2019 dividend payouts – and all three say the amounts will break their own company records.

Here’s a closer look at what policyowners will receive from Northwestern Mutual, New York Life and MassMutual:

Northwestern Mutual announced in November that its policyowners will receive an estimated $5.6 billion in dividends through the company’s 2019 dividend payout. This payout is expected to lead the industry and be the highest payout in the company’s history.

The company’s dividend payout record is unparalleled in both duration and size. Northwestern Mutual has paid a dividend every year since 1872 – even in challenging economic conditions. Northwestern Mutual leads the industry in total dividends paid to policyowners for both life and disability income insurance.

“This record dividend clearly demonstrates our consistent performance, our overriding commitment to do what’s best for our policyowners, and our industry-leading ability to deliver long-term value,” said John E. Schlifske, chairman, president and CEO of Northwestern Mutual. “Staying focused on business fundamentals – sound underwriting, disciplined expense management and investment performance – is core to our financial strength in all economic seasons.”

Policyowners who own whole life insurance, disability insurance and some annuity products are eligible for dividends which can be used to advance financial goals, including reducing the cost of premiums; taking dividends in cash; or, for life insurance, increasing the cash value and in many cases death benefit.

For more information, see How We Determine Dividends on northwesternmutual.com.

This milestone will mark the 165thconsecutive year that New York Life has paid a dividend to policy owners, underscoring the company’s continued financial strength. New York Life is the only major U.S. mutual life insurance company to declare a record dividend payout in each of the last five years, according to a statement released by the company.

According to CEO and Chairman Ted Mathas, “Paying dividends to our eligible policyowners for the 165th consecutive year is New York Life’s mutual structure in action. This unparalleled consistency in sharing our success reflects the disciplined execution of our diversified business strategy and superior financial strength. As a mutual company, our interests are aligned with those of our policyowners, not Wall Street or shareholders, meaning the value we create is carefully managed with their long-term interests in mind.”

The dividend payout declared in 2018 follows an outstanding year of performance. This year also marks the third anniversary of paying dividends on participating Mutual Income Annuities. Income annuities have grown to become a core retirement solution for millions of Americans. New York Life and its subsidiaries remain the income annuity leader according to LIMRA.

With its success driven by the industry’s largest, best-trained, and highest-achieving agent force, the statement says, New York Life remains one of only two life insurance companies in the country with the highest financial strength ratings currently awarded to life insurers by the four major rating agencies, reflecting a level of safety and soundness that is unsurpassed in the industry.

Massachusetts Mutual Life Insurance Company (MassMutual) announced in November that its Board of Directors approved a record $1.72 billion estimated dividend payout in 2019 to eligible participating policyowners and members, once again demonstrating outstanding policyowner value and underscoring its strong financial position.

The all-time high estimated dividend payout represents an increase of more than $125 million over 2018, and marks the 151st consecutive year that MassMutual will be paying a dividend.

Additionally, the 2019 estimated payout reflects a dividend interest rate of 6.40% for eligible participating policies, maintaining the same rate as 2018.

“MassMutual’s track record of consistently paying an industry-leading dividend is the result of our distinct, diversified strategy, and core to who we are as a mutual company run for the benefit of our participating policyowners and members,” said Roger Crandall, MassMutual Chairman, President and CEO. “Our record estimated dividend payout for 2019 reflects the strength of our operations, the longevity of our success, and ongoing stewardship that has helped generations of people secure their future and protect the ones they love.”

According to a statement released by the company, the 2019 estimated dividend payout reflects improved mortality experience and favorable investment performance, as well as MassMutual’s strategic differentiator – its diverse mix of high-performing businesses, including its institutional and workplace businesses as well as its investments in international insurance and global asset management operations. It also underscores MassMutual’s financial strength, as the company has consistently earned among the highest ratings of any company in any industry.

Over the past decade, MassMutual has delivered on commitments it made to its policyowners and customers by paying more than $35 billion in insurance and annuity benefits – including more than $5 billion in 2017 – and has increased total adjusted capital more than 60% to historic levels of more than $18 billion.

“Our 2019 estimated dividend payout reflects our steadfast commitment to our participating policyowners and members,” said Mike Fanning, head of MassMutual U.S. “Through our dedicated financial professionals and innovative digital tools that meet people on their terms, we are strongly positioned to provide holistic financial solutions to the millions more who need them.”