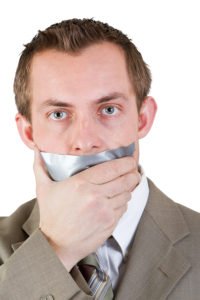 The piece goes on to mention “the insurance industry argues that, if anything, most Americans have too little insurance. About 30% of U.S. households have no life insurance at all, according to LIMRA…”

The first “thing” finishes with the author saying there is no “cookie-cutter” answer to the “correct” amount of life insurance one should have, and that financial advisors say a family breadwinner should have enough insurance to cover the mortgage, and people should then decide if they need to also replace lost income that could help with daily living and goals like college or retirement.

As one commenter to the article points out, if there is no “correct” amount, how do you know what is too much?

The recent Life Insurance Gap survey from New York Life found that while most families say they want enough life insurance to cover 14 years of lost income, they only have enough to cover 3 years. The median shortfall between how much coverage families have in place compared to how much they say they need was $320,000 in 2013, up from $289,000 in 2008. In 2013, the median amount of life insurance coverage families had in place was $220,000 compared to the median amount they said they needed of $540,000.

Check out the WSJ piece, then jump in on the discussion in this new thread on the Forum.