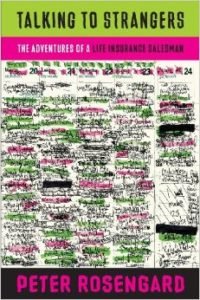 You may have heard this before, as it’s a paraphrased version of the introduction to his popular 2013 book, “Talking to Strangers: The Adventures of a Life Insurance Salesman.”

The quote was included in an interesting new article about the UK-based Rosengard, who is arguably the “world’s most successful insurance salesman.” He did hold the Guinness World Record for a 1990 life insurance sale (from a cold call placed from a phone booth!) of a $100 million policy to music mogul David Geffen (since broken by Dovi Frances of SG LLC’s $201 million life insurance policy in 2014 on an unnamed Silicon Valley billionaire), and says in the article he very recently landed another whale with a $160 million policy to “one of the most famous businessmen in the world.”

The brief article relates interesting stories about insuring heads of state and mafia hit men, which no doubt are expanded upon in his humor-filled book that also explains how he made, lost and remade a fortune; founded London’s legendary Comedy Store; turned an unknown band into a chart-topping sensation; and of course sold the record-breaking life insurance policy.

He offered this quote about the No. 1 mistake insurance salesmen make: “They give up. People confuse rejection with personal rejection. If someone doesn’t want to buy from you, it’s not because of you, it’s because you didn’t do a good sales job, or they couldn’t afford it, or the need wasn’t there. What you need is incredible persistence, enthusiasm, and the ability to get out of bed in the morning.”

Other notable points from the piece about Rosengard’s selling prowess?

• Known for becoming the first person to sell 100 life insurance policies in a month.

• Sold 25 to 30 policies in the last month via referrals.

Read the complete article here: Meet the man who insured a Mafioso 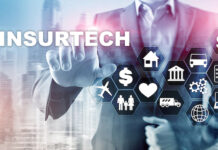