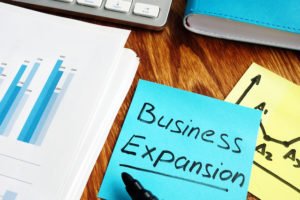 San Francisco-based Clover currently offers MA plans in 34 counties across seven states where it cares for 57,000 members. The planned expansion will bring coverage to a total of 74 additional counties with 69 of the additional counties being in Clover’s existing markets of Arizona, Georgia, New Jersey, Pennsylvania, South Carolina, Tennessee, and Texas, as well as 5 counties in Mississippi—a new market for the company.

The expansion increases Clover’s market opportunity to nearly 5 million Medicare eligibles. The expansion comes on the heels of Clover’s most significant year of customer growth to date. In 2019, Clover grew membership by 37% and was recognized by Deft Research as the fastest-growing Medicare Advantage plan with over 50,000 members.

Modern Healthcare reports the market for Medicare Advantage appeals to insurers because it has grown more quickly than other insurance markets as Boomers turn 65 and increasingly choose the private alternative to traditional Medicare. In 2020, 24.1 million people—or more than a third of all Medicare beneficiaries—were enrolled in Advantage, up from 11.9 million a decade ago, according to the Kaiser Family Foundation.

Clover plans to expand despite not yet having turned a profit. Modern Healthcare notes the insurer recorded a net loss in 2019 of $67.4 million and a net loss of $40.9 million the year before, according to documents filed with the National Association of Insurance Commissioners.

Clover says its PPO provider networks are broad and open, enabling members to see any doctor participating in Medicare willing to accept them. Clover also focuses on keeping out-of-pocket costs for its members to a minimum and many plans allow members to pay the same low cost-sharing regardless of whether a doctor is in- or out-of-network.

The company said in a statement announcing the expansion that serving low-income and often overlooked communities is core to Clover’s mission to bring healthcare to people who are most in need. Clover can succeed in underserved and fragmented healthcare markets thanks to the significant clinical value provided to physicians through its Clover Assistant software.

Acting like a GPS for healthcare, Clover Assistant uses machine learning to prioritize care recommendations and surface the latest evidence-based protocols to primary care providers, thereby raising the level of care of every provider.

“We knew that if we wanted to successfully bring great healthcare to every senior, including those in traditionally underserved communities, it was essential for us to actively provide value to the system, and we couldn’t play the same games as other insurers who shuffle risk and exploit flaws in the MA program,” says Andrew Toy, President and Chief Technology Officer of Clover Health. “Through our unique ability to power two-way conversations with clinicians at the point of care, Clover Assistant gathers and shares the most accurate data on a member’s disease burden, which is critical to developing and validating care plans.”

Dr. Lawrence Adjei, a primary care physician in Rincon, Ga., says the information delivered through Clover Assistant is “incredibly valuable for providing our patients with the highest level of care,” adding, that the technology “provides timely information to support care coordination, medication adherence, and offers clinical insights which empower me to produce better outcomes for my patients in rural Georgia.”

Individuals eligible for Medicare in these new counties can sign up for Clover’s plans during the Annual Election Period, which runs from October 15 to December 7, with coverage starting on January 1, 2021. 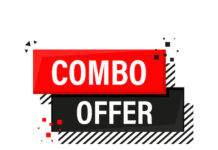