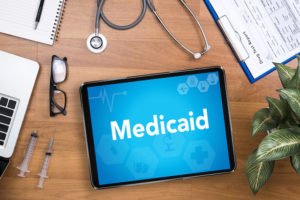 HealthSherpa said in a statement it has already processed over 1,700 Medicaid applications through the new pathway.

Medicaid and CHIP are comprehensive low- or no-cost health coverage programs for qualifying low-income Americans, administered and funded jointly by individual states and the federal government.

“It can be challenging to apply for Medicaid and CHIP in some states, and that means that people aren’t getting the health coverage they are entitled to by law,” said George Kalogeropoulos, CEO of HealthSherpa.

Nearly 1 in 4 Americans, over 70 million in total, qualify for Medicaid or CHIP. But according to the Kaiser Family Foundation, over 8 million Americans who are eligible for these programs remained uninsured.

One contributor to this enrollment gap is that even though 1 in 3 low-income Americans rely on smartphones for Internet access, 13 states do not support applications via a mobile device, and 20 additional states host an application that is not mobile-friendly.

HealthSherpa.com now offers a fully compliant, mobile-friendly user experience hosted entirely on-site, which allows consumers to receive an initial assessment of their eligibility for Medicaid and CHIP via HealthSherpa’s backend integration with the Federal Marketplace. The application is then forwarded by the Marketplace to the state Medicaid office, which makes the final decision about a consumer’s eligibility.

“HealthSherpa works with 32,000 insurance brokers and 40 large employers and nonprofits who collectively work with millions of uninsured Americans,” Kalogeropoulos said. “Since 2014, we’ve enrolled over 1.8 million people in Marketplace coverage, and helped hundreds of thousands apply for Medicaid and CHIP via Healthcare.gov. Now that we fully support those folks on our platform, we can help many more get covered.”

Once they submit their Medicaid application, consumers will gain access to a free dashboard containing their eligibility notice, information about how to follow up with their state Medicaid office, and resources for finding low or no-cost care while their application is being reviewed.

Over time, if their income changes and they become eligible for Advance Premium Tax Credits, they can seamlessly update their application and transition into Marketplace coverage.

About HealthSherpa: HealthSherpa partners with large employers, insurers, and insurance agents to support consumers searching for, enrolling in, and utilizing high quality, affordable health insurance coverage. HealthSherpa only sells ACA marketplace plans, which have built-in consumer protections, and since its founding in 2014, has enrolled over 1.8 million Americans in Affordable Care Act coverage. For more information, visit http://www.healthsherpa.com. 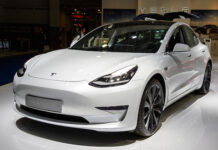