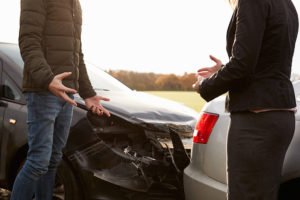 About one in eight U.S. drivers on the road in 2015 was uninsured, according to a new report released this month from the Malvern, Pa.-based Insurance Research Council (IRC).

Uninsured motorist rates varied substantially among individual states, ranging from just 4.5% (or roughly 1 in 20 drivers) in Maine to a whopping 26.7% in Florida.

Not only are these uninsured drivers breaking laws — they’re also driving up auto insurance premium costs for everyone else by an average of $67.30 per covered car. That accounts for 5% of the average American’s annual premium.

Despite the recent increase in the countrywide UM rate, several states with chronically high rates of uninsured drivers experienced significant declines in UM rates. Oklahoma’s UM rate in 2015 was 10.5% — 15.4 percentage points lower than the state’s 25.9% rate in 2012. New Mexico also experienced a significant decrease in its UM rate — falling from 29.8% in 2006 to 20.8% in 2015. Even with the substantial improvement, however, New Mexico still had one of the highest uninsured motorist rates in the country in 2015.

Other states with significant improvement include:

Despite the recent improvement in states with chronically high UM rates in the past, the number of jurisdictions with increasing rates from 2010–15 doubled the number with decreasing rates.

The biggest offenders: Florida, Mississippi, New Mexico, Michigan and Tennessee have the highest uninsured motorist percentages, all over 20%