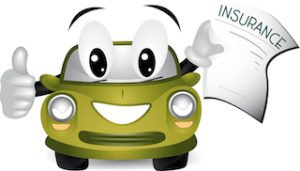 There’s never been a more competitive environment for auto insurers in the battle to win and retain business.

According to the J.D. Power 2018 U.S. Insurance Shopping Study released last week, a combination of record-low volumes of new insurance shoppers, consistent price competition among insurers and emerging “insurtech” disruptors on the horizon have forced auto insurers into aggressive customer courtship mode. With less differentiation in the marketplace, insurers are investing heavily in new digital capabilities to improve the insurance shopping process and in national advertising to build their brands.

“We’re entering an era of consumer-centric insurance that will likely be marked by a surge in new digital offerings and serious efforts by insurers to improve the auto insurance shopping experience,” said Tom Super, Director of the Property and Casualty Insurance Practice at Costa Mesa, Calif.-based J.D. Power. “Auto insurers looking to differentiate and win new customers are making big bets with digital — such as in personalization — that meet customers’ growing expectations for improved interactions.”

Erie Insurance, the 11th-largest auto insurer in the U.S. based on direct premiums written, ranks highest among auto insurers in providing a satisfying purchase experience, with a score of 877. This marks the sixth consecutive year Erie has ranked highest in the study. The company operates in 12 states and Washington D.C.

“This ranking shows that even with market changes and higher customer expectations, the need for a trusted insurance advisor exists and resonates with consumers,” said Tim NeCastro, president and CEO of Erie Insurance. “In this hyper-connected world, we continue to provide our agents what they need to reach customers in every possible way, but still reflect our philosophy to be above all in service.”

Auto-Owners Insurance ranked second with a score of 870 and American Family was third at 860 (see full rankings in chart below). The industry average score was 839.

The study is based on responses from more than 15,000 shoppers who requested an auto insurance price quote from at least one competitive insurer in the past nine months and includes more than 50,000 unique customer evaluations of insurers. The study was fielded in April, July and October 2017 and January 2018. 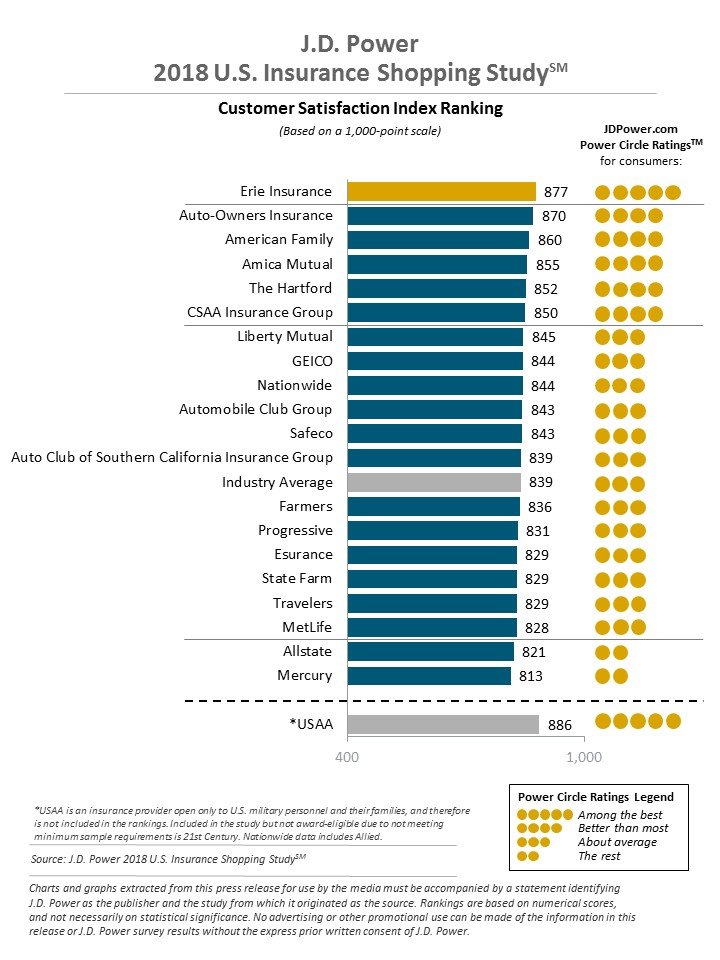