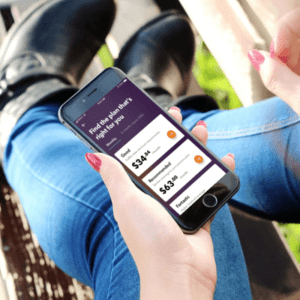 Root Insurance, which bills itself as the only insurance company to incorporate individual driving behavior into every quote, announced plans May 21 to significantly expand its presence in Columbus, Ohio.

In October the company will move its offices to a new, 65,000-square-foot space currently under construction in Downtown Columbus and will invest approximately $2 million to build out and equip the new location. The company also announced that by the end of 2021 it plans to increase its current workforce of 88 employees by more than 500%, creating 463 new, full-time, permanent jobs.

“Root’s growth since we were founded in 2015 is due in no small part to the strong talent we continue to find in Columbus,” said Alex Timm, co-founder and CEO of Root. “While this expansion will allow us to continue to grow Root’s offering nationally, it will also deepen our roots in Columbus, with the resources and space to grow the business with the momentum it deserves.”

The expansion further confirms Root’s commitment to growing its presence in Ohio, investing in the local community and, Root says, fulfilling the company’s mission of “reinventing car insurance.”

Throughout the process, Root has partnered with JobsOhio, Columbus 2020, and the City of Columbus. Their support has been an essential component in Root’s decision to expand in Columbus.

“Root is a great partner in the current and future success of Columbus,” said Columbus Mayor Andrew J. Ginther. “Their expansion is a recognition of our strong talent pool here and a commitment to innovative solutions in the reinvention of car insurance.”

Root says it is the nation’s first auto insurance provider founded on the principles of fairness. Its platform is managed through a first-of-its-kind mobile app that uses smartphone technology and data science to understand actual driving behavior, which the company says gives it the unique ability to insure drivers based on how they actually drive – not just their demographics. Root is also acutely focused on safe driving, offering steep discounts to safe drivers.

Since launching, Root has expanded its offering to 16 states, with plans to be nationwide by the end of 2019. In its first nine states, Root had gross direct underwritten premiums of $4 million in 2017, according to filings with the Ohio Department of Insurance. In April 2018, the company announced the closing of a $51-million Series C funding round, one of the largest funding announcements by an Ohio tech startup.

The expansion is contingent upon approval of City of Columbus incentives, which are expected to be reviewed May 21. JobsOhio also intends to provide assistance for the project. According to a May 18 article in Columbus Business First, the city’s downtown office incentive would pay the company as much as $2.4 million over five years – half of income tax withholding on new jobs – while generating the same amount of new taxes for the city in that span.

The agreement calls for retaining 79 jobs and adding 463 new positions, with salaries ranging from $35,000 in customer support (about 122 jobs) to $120,000 for less than a dozen data scientists. The largest single category is 189 software engineers, averaging $108,000 yearly. Payroll would total $47 million.

“It is no surprise that Root Insurance advanced a new approach to serving its customers from its operations in the Columbus Region,” said JobsOhio Managing Director for Financial Services Valentina Isakina. “The region’s cluster of insurtech talent makes it an ideal location for innovators like Root to succeed, and we are delighted its growth will bring 400 new jobs to downtown Columbus.”

About Root: Root Insurance is the nation’s first licensed insurance carrier powered entirely by mobile and founded on the principle of fundamental fairness. Root offers personalized car insurance that gives good drivers the rates they deserve, managed seamlessly through a mobile app. Root uses smartphone technology and data science to understand actual driving behavior, the primary factor in determining personal automobile insurance rates. Root is headquartered in Columbus, Ohio and is backed by the largest reinsurance companies in the world, including Maiden Re, Munich Re and Odyssey Re. Currently, Root is available to drivers in Arizona, Arkansas, Delaware, Indiana, Illinois, Kentucky, Louisiana, Mississippi, Missouri, Montana, New Mexico, Ohio, Oklahoma, Pennsylvania, Texas, and Utah, and will be coming to more states soon. For more information, visit http://www.joinroot.com.