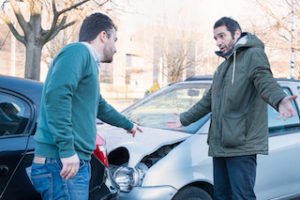 It’s a widely understood fact of life for anyone who’s filed (or has considered filing) an auto insurance claim: your premium is going to increase. But just how significant an increase can a policyholder expect?

For the fifth consecutive year, insuranceQuotes and Quadrant Information Services examined the average economic impact of filing various claims on a policyholder’s auto insurance coverage. And while premium increases remain substantial, the data shows they’re packing at least a little bit less of a punch.

The study reveals premium increases of 42% (compared to 44% last year) after filing a single claim of $2,000 or more. According to the National Association of Insurance Commissioners (NAIC), the average cost of an auto insurance premium in the United States is $841, which means an increase of 42% would result in a $352 annual spike.

Meanwhile, filing a second claim in one year costs an average increase of 92% (which is actually a 7% drop from last year).

“Nobody likes filing a claim and then having to watch their rates skyrocket, but, for consumers, this year’s numbers bring slightly better news than in the past,” said Nick DiUlio, insurance analyst at Austin, Texas-based insuranceQuotes.com. “While premiums do tend to increase after filing a claim, the severity of the spike will always depend on a number of factors, including claim type as well as where the driver lives.”

These five states showed the highest average premium increases after filing a claim of $2,000 or more:

See the chart below for full state rankings

Of the three types of claims analyzed — bodily injury, property damage, and comprehensive — bodily injury costs consumers the most, with average premium increases of 48.6% (compared to 49% in 2017).

“As concerning as filing a claim might be for drivers, premium spikes are temporary,” DiUlio said. “Depending on the claim, rates may remain high for three to five years, but will gradually fall to pre-claim levels. Regardless, it’s always a good idea to shop around for a new policy to compare rates after filing.”

The full report with additional tips and insights is available at https://www.insurancequotes.com/auto/insurance-auto-claims-drive-up-costs-31418.

Methodology: insuranceQuotes commissioned Quadrant Information Services to examine how claims affect car insurance premiums using data from the largest carriers in all 50 states and the District of Columbia. Assumptions included a $2,000 claim and policy limits of $100,000 for bodily injury liability for one person, $300,000 for all injuries and a $500 deductible on collision and comprehensive coverage. Averages are based on a 45-year-old married female driver who is employed, has an excellent credit score, has no lapse in coverage, and has filed no prior auto insurance claims.