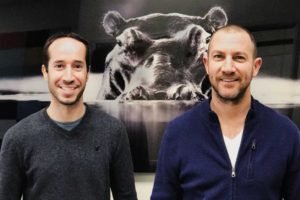 Insurance agents these days may often feel like they are under attack from startups and even carriers aiming to bypass the agent and go direct to consumer.

You have “Lemonade,” the deep-pocketed disruptor who launched in New York in 2016, which has its eye on California in 2017 (see latest from Lemonade on next page). And now you have “Hippo,” another heavily backed insuretech startup planning to start selling homeowners coverage direct to consumers in its home state of California in early 2017.

Both of these high-profile startups aim to be “disruptors” with a stated intention of cutting traditional P&C agents who sell homeowners coverage completely out of the loop – and claiming that doing so allows them to offer lower prices by eliminating the “middleman” – and his commissions – with online-only, technology-driven platforms.

While the next page features more about Lemonade, here’s a closer look at Mountain View, Calif.-based Hippo, founded in 2015 by Eyal Navon and Assaf Wand, pictured (left to right) above. Hippo bills itself as a company that provides “smart home insurance for the modern household,” and announced Dec. 14 that it has closed a $14 million Series A funding round. It plans to officially launch with product available in California by early 2017.

The funding was led by Horizons Ventures, a leading venture capital firm that invests in disruptive technology and startups with previous investments including Facebook, Waze, Spotify and Siri. It was joined in the round by RPM Ventures, Propel Venture Partners, GGV Capital and Pipeline Capital as well as number of high profile FinTech investors and entrepreneurs.

In a release announcing the funding round, Hippo bills itself as “taking a fresh approach to the home insurance market, which has seen little innovation in over half a century.”

What follows is directly from the Dec. 14 press release:

As one of the few products and services that cannot be easily purchased online, Hippo is set to disrupt an outdated industry by providing home insurance that is fast and simple to purchase online, offers more transparent coverage that is suited to modern lifestyles and is available at lower prices by going direct to consumers and removing expensive commissioned agents.

“We took everything that’s wrong with the current state of home insurance — the confusing forms, the outdated policy terms, the agent as middleman — and fixed it,” says Assaf Wand, CEO of Hippo. “The home insurance industry hasn’t changed in decades and no longer reflects modern lifestyles. Today, many homeowners do not fully understand what their policies entail or what coverage they really need. Policies still cover old school items like pewter bowls, stock certificates and furs, but only provide $2,000 of coverage for home electronics. At Hippo, we make sure modern homeowners are fully covered through our online, transparent and affordable policies.”

“The insurance ecosystem has been overdue for innovation and disruption. In the days of technology, convenience and accountability, home insurance still isn’t easily available online, is overly complicated and requires people to go through agents,” says Frances Kang of Horizons Ventures. “We believe Hippo will be a force to reconstruct the home insurance market, providing more transparency, efficiency and cost-savings and more importantly, peace of mind to consumers.”

“Most people purchase home insurance and forget about it, assuming that they will be covered should an issue arise. Unfortunately for many, that hasn’t been the case until now,” said Board Member and RPM Ventures Managing Director Adam Boyden. “We are excited to support the Hippo team on their mission to finally give homeowners a reliable, transparent and simple solution to home insurance.”

Hippo will use the Series A funds for product development and marketing of its official launch in early 2017. The company has already received regulatory approval by the California Department of Insurance to begin selling in California and is currently in the middle of a closed beta program.

• Do these types of startups present a legitimate threat to traditional P&C agents? Sound off on this new thread: Startups Taking Aim at Homeowners Agents

Those interested in receiving further information about Hippo can sign up at www.myhippo.com for updates and notification of general availability.

About Horizons Ventures: The private investment arm of Mr. Li Ka-shing, Horizons Ventures is a leading investor in some of the world’s most innovative companies and disruptive technologies including Facebook, Waze, Spotify, Siri, DeepMind, Improbable, Blockstream, N26, and Slice. To learn more, visit www.horizonsventures.com.

About RPM Ventures: RPM Ventures is a seed and early stage venture firm with investments in innovative companies such as SoFi, Deliv, Roost, Deepfield, and Automatic. The firm focuses on investing in B2B SaaS, Cloud and Social Media Infrastructure, Online Marketplaces, and Automotive IT including Connected Car, Mobility, and Transportation. To learn more, visit www.rpmvc.com.

Lemonade closes $34 million round; poised for growth as company files in California

Lemonade, the insurance company powered by artificial intelligence and behavioral economics, announced a $34 million B round in early December.

The funding was led by General Catalyst with participation from GV (formerly Google Ventures), Thrive Capital and Tusk Ventures, as well as existing investors Aleph, Sequoia, and XL Innovate.

The round brings Lemonade’s total funding to date to $60 million. The investment comes less than two months after the insurtech company launched in New York, and less than a year after announcing its seed round.

“We believe in replacing brokers and paperwork with bots and machine learning, and we now have the backing to unleash this formula across new products and geographies.” said Daniel Schreiber, co-founder and CEO at Lemonade. “The response from consumers has been overwhelming – this must be the first time people tweeted about how delightful insurance is!”

Lemonade uses bots to deliver insurance to consumers through its app and at lemonade.com. Consumers chat with the AI to file claims too, and the bot is authorized to pay claims instantly and without human intervention. “This creates an insurance experience that is fast, simple, and delightful,” the company said in a press release announcing the round.

“Lemonade is revolutionizing insurance, transforming one of the largest and most outmoded industries into an enjoyable experience for consumers,” said Joel Cutler, managing director, General Catalyst and a Lemonade Board member. “I’ve been blown away by Lemonade’s chatbot-driven app. It makes every interaction intuitive. The best is yet to come.”

Lemonade was licensed as an insurance carrier in the State of New York on Sept. 15, 2016, and filed for a license in California within hours. The company plans a broad expansion in 2017.

“We look for companies that have the potential to radically improve customer experience, and we saw that clearly in Lemonade. They are harnessing a compelling mix of behavioural economics, artificial intelligence, and great design,” said Tom Hulme, GV General Partner. “Lemonade’s full-stack approach gives it flexibility to keep iterating on that customer experience, and to expand fast in 2017.”

• Do these types of startups present a legitimate threat to traditional P&C agents? Sound off on this new thread: Startups Taking Aim at Homeowners Agents

About Lemonade: Lemonade Insurance Company is a licensed insurance carrier, offering homeowners and renters insurance powered by artificial intelligence and behavioral economics. By replacing brokers and bureaucracy with bots and machine learning, Lemonade promises zero paperwork and instant everything. And as a Certified B-Corp, where underwriting profits go to nonprofits, Lemonade is remaking insurance as a social good, rather than a necessary evil. Stay in touch at http://www.lemonade.com, @lemonade_inc or http://www.facebook.com/lemonade