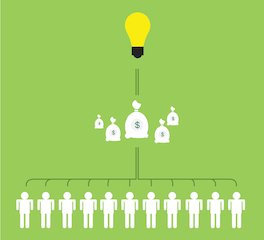 “As the President of Product Development at AIG and Chief Innovation Officer at Zurich I spent my career pushing the limits of innovation within Big Insurance,” Sagalow said. “I concluded that true disruptive innovation is almost impossible within the framework of legacy carriers. I joined Lemonade because only a company born of technology, the sharing economy and behavioral economics can truly re-architect what insurance should look like.”

• Have thoughts on Lemonade’s business model or want to hear other Forum members’ thoughts? Please visit this thread: Will ‘Lemonade’ be the Uber of homeowner’s insurance?

Sagalow is joined by a cadre of insurance executives who have opted to leave legacy insurance companies in favor of building a peer-to-peer carrier from the ground up:

“We’re thrilled Ty and team have come aboard, matching Lemonade’s strong tech foundations with an insurance dream-team” said Daniel Schreiber, Lemonade’s Co-Founder and CEO. “That these executives turned away from traditional carriers speaks volumes about how insurance veterans see the state of the industry. That they chose Lemonade is both a vote of confidence in the potential of peer-to-peer insurance, and the surest way to make it a reality.”

Lemonade was founded by veteran tech entrepreneurs Daniel Schreiber and Shai Wininger with the backing of Aleph and Sequoia Capital. It is slated for launch in the first half of 2016, and is headquartered in New York City.

About Lemonade: Lemonade Insurance is set to be the world’s first peer-to-peer insurance carrier. Lemonade harnesses the power of behavioral economics and the sharing economy, delivering to consumers an insurance experience that is instantaneous, un-conflicted and downright delightful. Stay up to date at http://www.lemonade.comand follow us on Twitter @lemonade_inc