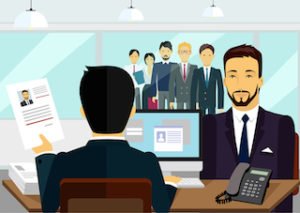 New York Life announced March 28 that it has increased its agent recruitment target for 2016, and will hire more than 3,700 insurance and financial professionals this year.

The industry’s leading agent force has grown 28% since 2007, and the company said in a statement that special efforts to increase the number of women and multicultural agents are an ingrained part of the recruiting plan.

The company intends to hire 3,750 insurance and financial professionals in 2016, with more than half expected to be women or individuals who represent cultural communities.

In 2015, 69% of New York Life’s new hires in the field were women or individuals who represent the cultural markets, and the company will continue its focus on hiring and supporting women and individuals serving the African-American, Chinese, Korean Latino, South Asian, and Vietnamese communities in the United States. Insurance and financial professionals serving the cultural markets accounted for 51% of the company’s new life insurance sales in 2015.

“New York Life’s agent force, 12,000 strong and growing, is the core reason why year after year we boast the largest market share in the U.S., and more agents who qualify for the Million Dollar Round Table, the industry’s premier sales organization,” said Mark Madgett, senior vice president and head of New York Life’s field force.

“As the company that is known for its career agency system and grew it into one of the largest of any life insurer, we know that sustained, long-term investment in our agents is the best way to support their ability to help friends, families and neighbors achieve their financial goals, while enjoying a successful career,” Madgett said. “The success of our approach is proven in our consistent sales growth, which includes record life insurance sales in 2015, and a record amount of life insurance in force.”

Madgett added that new agents, whether from competitors or other occupations, are attracted to New York Life for “the company’s financial strength, comprehensive training, significant income potential and diverse career paths that may include opportunities to enter management roles.”

Back in late February, Massachusetts Mutual Life Insurance Company (MassMutual) and MetLife, Inc. entered into a definitive agreement for the acquisition by MassMutual of MetLife’s U.S. Retail advisor force – the MetLife Premier Client Group – a retail distribution operation with more than 40 local sales and advisory operations and approximately 4,000 advisors across the country.

The acquisition significantly increases MassMutual’s existing Career Agency System of more than 5,600 financial professionals. It also broadens the company’s geographic reach and provides more clients access to a holistic set of financial solutions, including life insurance, annuities, disability income insurance and wealth management services. As part of the transaction, MassMutual and MetLife have also agreed to enter into a product development agreement under which MetLife’s U.S. Retail business will be the exclusive developer of certain annuity products to be issued by MassMutual.

Notably, with this expanded distribution network, MassMutual said in a statement announcing the agreement that it is “further positioned to become the top individual life insurance – and whole life insurance – provider in the marketplace.”

“This is a milestone event in the 165-year history of MassMutual – and will result in the transformative creation of a distribution powerhouse,” said Roger Crandall, Chairman, President and CEO of MassMutual. “Most importantly, this unprecedented transaction will position us for stronger future growth by better enabling our company and agents to do what we do best – help people secure their future and protect the ones they love.”

In related news, The Penn Mutual Life Insurance Company announced in March 29 that the 169-year-old firm has opened three new offices in the first quarter of 2016.

Identifying areas of opportunity in Kansas City, Mo., Birmingham, Ala., and Nashville, Tenn., Penn Mutual said in a statement the company is committed to growing its Career Agency System and “is pleased to add these new career agencies” to their national footprint. Penn Mutual has achieved 23 consecutive quarters of year-over-year whole life insurance sales growth, compared to the industry at large achieving only eight quarters of such growth.

“We have positioned ourselves well to continue growing and taking advantage of opportunities in the marketplace,” said Thomas Harris, EVP of Distribution at Penn Mutual. “We know life insurance, and because of that, our life insurance business is very strong. We look forward to continuing to outperform the industry and serve our clients at the highest of levels.”

Just over half of the companies reported a recruiting increase from the prior year.

Top takeaways from the study:

• 71% of agents contracted in 2015 were inexperienced, (no prior insurance sales experience), three-percentage points lower than in 2014.

The report notes that recruiting trends by all measures have remained steady for the past 10 years. 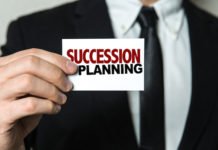 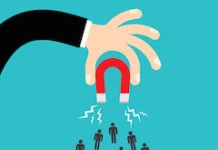 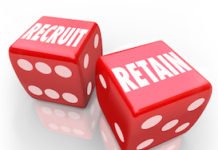