No matter what you do, getting ahead shouldn’t depend on lucky breaks, favoritism, or even hard work. It should be in our control. To make that happen, certain behaviors will help you stand out from the crowd. Here are eight of them.

1. Be suspicious. No one likes getting blindsided, yet it’s all-too-common in business. More than anything else, a little paranoia helps avoid the sucker punches.

Suppose one of your biggest clients decides to cut ties and work with someone else. If you didn’t see it coming, is it possible that we can get so wrapped up in ourselves or normal routines that our awareness evaporates, so that we can’t read customers, anticipate problems, or see opportunities?

Getting ahead means keeping your antennae up. It’s not being afraid to ask, “What does this mean?” It takes being suspicious. Just keeping your head down and “doing your job” doesn’t work. Remember, Beagles never make it across a busy street alive.

2. Make it easier. Complexity means confusion and that kills sales. It drives customers away.

Don’t assume a potential client will be able to easily figure out and answer questions on a life insurance application. Anticipate stumbling blocks and do what you can to remove them. The easier you can make it for a prospect to submit an app, the better the chances a policy will be issued. Coming up with ideas to improve processes, particularly those that make it easier for customers, is a great way to get ahead.

3. Express ideas clearly. What we write and say creates a legacy that stays with us — and one that influences how we’re perceived. Our emails, text messages, presentations, proposals, letters, memos, and conversations say something about us. “What’s she talking about?” “I couldn’t follow him,” “It didn’t make sense,” “What’s it mean?” or “Who cares!” They all tell a story.

In To Sell is Human,” author Daniel H. Pink notes the comments of a former professor. “Don’t get lost in the crabgrass of details, he urged us. Instead, think about the essence of what you’re exploring,” which he called the “1 percent.”

Great messaging comes down to always coming up with the one idea that makes sense to your recipients. If you do, you’ll be noticed.

4. Challenge assumptions. “I assumed…” are the most dangerous words in business, since they can derail companies and drive careers off a cliff. Yet, we hear them every day. Why? Assumptions save time by short-circuiting the thinking process.

For example, common sense may tell us that young people spend the most on Apple products. If so, it’s way off the mark. It turns out that men over 65 are the big Apple spenders, averaging $976, according to Slice Intelligence. Make it a rule never to get pushed into doing something before making sure it’s supported by the facts.

Jason Fisher is an example. He went to work for a major life insurance company after college. After four years, he went out on his own. Selling life insurance is a tough business, particularly when starting out. To get the attention he needed to succeed, he decided to focus his business on clients other agents avoid; those who find it tough getting life insurance for medical or other reasons.

As Lori Widmer of LifeHealthPro points out, prospects “come to him via his website and not through lists and referrals.” A sweet spot can offer the sweet smell of success.

6. Cultivate creativity. Everyone has a creative potential, but most of us are afraid to let it show. We hold back, not sure what someone might think. When college senior Meredith Parolee was getting ready to run the New York City Marathon, she wanted to do something that would help raise money for the Leukemia and Lymphoma Society. Having worked for We Are Knitters, she lit onto the idea of knitting a scarf while running.

At first, everyone, including Meredith, saw it as a joke. It wasn’t. She let her creativity go to work, she attracted attention for We are Knitters with more than 49,000 Facebook “likes,” and raising 101% of her goal.

7. Consider the consequences. Far too many business decisions, initiatives, and campaigns self-destruct. When it happens, someone is sure to say, “Well, we can learn from our failures.” While that sounds good, it rarely happens and we get the same miserable results time-and-time again.

What goes wrong? In the excitement and enthusiasm of doing something new and different, we refuse to think about undesirable outcomes. That’s viewed as being negative or not being team players. It takes courage to ask “What if?” questions.

8. If there’s no plan, don’t do it. Here’s the rule: don’t get sucked into anything that doesn’t have a plan. If you do, your fingerprints will be on it, and that’s not how to get ahead.

“The military manuals say that no plan of action ever survives first contact with the enemy. One must be adaptable. One must allow the plan to evolve,” writes novelist Robert Crais in L.A. Requiem. Boxer Mike Tyson famously noted, “Everyone has a plan ’till they get punched in the mouth.”

Too many marketing, sales, and promotional programs begin with a bang and die with a gasp, to paraphrase poet T.S. Eliot. To put it another way, the electric car runs out of juice before it leaves the charging station. That’s why it’s important to ask, “Where are we going with this?” “How do we want it to end — and when?”And “How do we keep up the momentum?”

If your goal is getting ahead faster and making sure you stay there, standing out from the crowd is the best way to make it happen. 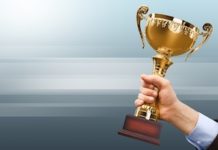 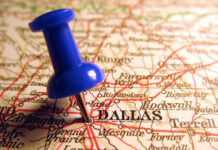