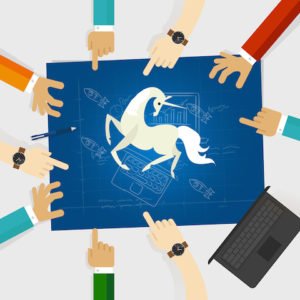 Here’s a quick look at some recent news of note from a variety of startups looking to become disruptors in the life insurance, employee benefits, homeowners and renters insurance markets.

They’ve all attracted a great deal of funding and have eyes on significant expansion in 2018 with their non-traditional business models.

Lemonade’s highlights (and lowlights) of 2017

On Wednesday (Jan. 24), New York-based homeowners and renters insurance company Lemonade released its 2017 Transparency Chronicle, featuring its highlights and lowlights of 2017 as told by CEO and Co-Founder Daniel Schreiber. Here are some notable stats:

“For individuals with higher income levels or multiple dependents, $1 million in coverage may not provide a sufficient safety net,” said John Latona, General Manager of Haven Life. “In our quest to provide busy families with the simplest way to purchase term life insurance online it also became apparent that we needed to offer larger coverage amounts to adequately protect families financially.”

Haven Life said in a release announcing the increase that a healthy 30-year-old woman can buy a 20-year, $2 million Haven Term policy for as little as $51 per month.

Applicants up to 60 years old are eligible to apply now for a $2 million policy. For policies more than $1 million, a medical exam will be required to finalize coverage.

Ladder, the company that introduced its “instant, simple and smart life insurance” a year ago, announced Jan. 10 it has raised $30 million in Series B financing.

The Ladder team has built a proprietary technology from the ground up, enabling the company to quickly iterate on its product to introduce new features that streamline the experience for consumers. Ladder launched its fully digital life insurance solution in California last January, and has since expanded to nearly every state across the country.

With this latest round of funding, Palo Alto, Calif.-based Ladder will continue to develop its platform capabilities and expand its marketing initiatives nationwide. The company also recently announced it will also make its digital life insurance offering available to partners via the Ladder API, which has the following functionalities:

“One year ago today, we set out to reinvent life insurance, and I could not be more proud of what our team has accomplished,” said Jamie Hale, Ladder’s CEO and co-founder. “That said, we’re just getting started. We will continue to lead innovation in life insurance so more people can get the coverage they want and need.”

Wellthie, a New York-based insurance technology company “offering cutting edge sales technology to producer and carrier partners that wish to modernize their distribution process,” has announced its selection of the HealthiestYou telehealth and consumer engagement product by Teladoc, the world’s largest and most trusted provider of virtual care delivery services.

According to the company, Wellthie’s comprehensive marketplace allows brokers to shop medical and ancillary insurance for small group employer clients that are looking to offer coverage to their employees. HealthiestYou by Teladoc will be available via the Wellthie Small Group platform, comprehensive Small Group benefits marketplace that offers dynamic sales optimization tools to empower top brokers and agents nationwide.

Wellthie says it is addressing the needs of the nearly 6 million small businesses purchasing insurance for their employees, 80% of which rely on the expertise of a broker. With Wellthie Small Group, brokers can multiply their market opportunity and drive long-term relationships, while supporting small businesses in increasing employees’ access to medical and ancillary coverage. Wellthie Small Group enables forward-thinking brokers and agents to transform the sales and service process for small business employers and their employees.

“We are thrilled to be working with Teladoc, the global leader in telehealth,” said Sally Poblete, CEO of Wellthie. “This is a win for small businesses to be able to offer more comprehensive telehealth benefits to their employees and will provide producers with a modern and flexible technology that transforms the way they sell and offer more value to their small business customers.”

Hippo, a California-based insurtech company aiming to transform homeowners insurance, announced Jan. 22 it has raised $25 million in Series B funding, which will be used to support several expansion and development initiatives planned for 2018.

Included among them is opening a new customer service center in Austin, Texas, that will serve as the hub for Hippo’s claims advocate concierges, along with its insurance operations teams.

Since its launch in California in April 2017, the company has expanded to Arizona and Texas. Hippo will continue expanding its reach to additional states throughout the year and is aiming to reach 60% of the U.S. population by the end of 2018.

“Hippo is reimagining homeowners insurance with a customer-centric model, built from the ground up,” said Assaf Wand, Hippo co-founder and CEO. The company leverages big data, like municipal building records, and innovative technology, such as satellite imagery and smart home devices, to streamline the quote and onboarding experience – quotes in under 60 seconds and sign-up in under three minutes.

Innovation in the insurance industry has trended away from services with a human touch and toward bots that attempt to supplement all customer interaction. Hippo takes a different approach, providing homeowners with a “claims concierge,” whose sole responsibility is to assist them all the way through to the final settlement.

“Homeowners insurance is an antiquated industry that has lost its way,” said Wand. “Up to 65% of all homeowner claims result from catastrophic events. Whether it’s damage from a hurricane or wildfire, the last thing homeowners should have to deal with is a complicated battle with their insurance carrier. We get our customers what they need immediately, so the claims process doesn’t become another crisis they have to deal with.”

Hippo says its smart home insurance policies offer more comprehensive coverage for today’s homeowners while cutting premium costs. Sixty percent of U.S. homes are underinsured, with policies that fail to cover many of the home’s most valuable assets. Hippo says it has eliminated process inefficiencies and outdated policy provisions to offer better and more relevant coverage, backed by world-leading reinsurers.

Founded in 2015 by Assaf Wand and Eyal Navon, Hippo made its debut in the insurance marketplace in April 2017, after raising an initial $14 million to reinvent home insurance. The company is headquartered in Mountain View, California. For more information, visit www.myhippo.com.