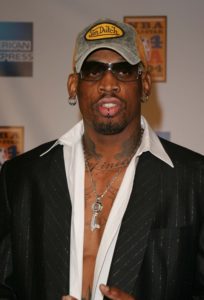 How the mighty have fallen.

It’s a common term to denote someone who once held a lofty status in our society and now has fallen on hard times. It can refer to an actor, athlete, or any other type of celebrity who has suddenly taken a major PR hit. Think Tiger Woods, Lance Armstrong, Alex Rodriguez, Paula Deen. One day they are riding the crest of fame, soaring high above the crowd like a majestic eagle. The next day the eagle turns into the Hindenburg and the celebrity comes crashing back to earth in flames.

The important question here isn’t so much who or why, but what is the collateral damage when a celebrity suddenly implodes. To hundreds of companies across the world, the damage comes in the shape of now having unwanted baggage adorning their footwear, spotlighted in their ads, and smiling from a million backpacks in every Wal-Mart coast to coast.

Companies use athlete endorsements to raise their profile, with the end result being increased sales, all put in place by multimillion dollar advertising campaigns. But there is risk involved, such as when cycling legend Lance Armstrong found himself front and center of a steroids scandal. In rapid succession, Armstrong’s sponsors and corporate backers bailed on him, companies like sunglasses manufacturer Oakley and Anheuser-Busch. Meanwhile food manufacturer Honey Stinger announced it was taking out a giant eraser and removing Armstrong’s image from its packages. Brett Favre’s texting scandal also brought reports of possible endorsement deal losses.

But you can’t put the toothpaste back in the tube, and once the damage is done all many companies find themselves doing is living with the backlash once it goes public and watching the bottom line start to drown in red ink. So how can insurance agents help companies protect themselves?

The decision to sever ties with a spokesperson can be expensive, and many companies—by the time a scandal hits—have already sunk millions of dollars into commercials and print advertisements, some that may not even be aired. Now, some companies can elect to go the traditional route and sue the celebrity, but all that really does is further magnify an already ugly situation. This is why “Disgrace Insurance” has become more and more popular over the last few years in giving companies the financial flexibility to protect their most valuable assets—their name and reputation.

Disgrace coverage includes protection from unlawful acts and offensive statements by a contracted spokesperson whose image has been licensed on consumer items such as cereal boxes, footwear and other apparel, as well as insurance for a failed commercial campaign caused by a disgraceful act. In short, it serves as protection against the exposure of a celebrity spokesperson who might conduct themselves in a disgraceful manner.

This entitles companies to be reimbursed for:

For example, we recently placed coverage for a large clothing manufacturer that had a teenage television idol under contract and budgeted millions to have her image licensed on backpacks to be sold through major retail chains. The policy protected the company should the contracted artist do anything that would cause harm to the company that might require them to withdraw their inventory of products.

When a company is looking into taking out a Disgrace Insurance policy, there are a few important items to consider:

It is also important to note when obtaining Disgrace Insurance that not every “disgraceful” act is a blank check for companies to try and recoup their losses. If a celebrity spokesperson does something outrageous, but it is in his “public persona,” well, that’s just the way it is. You’ll have to live with it. I hearken back to Dennis Rodman. If you pay the ex-NBA star a bundle to hawk your product, you can’t turn around and try to repair your image when he walks down 34th street in Manhattan wearing a prom gown while juggling several live kittens. That comes under the heading of “Dennis just being Dennis.” It may be deemed distasteful but not necessarily disgraceful, at least in this circumstance. But there are limits, even for Rodman. If he lights the kittens on fire and throws them at a passing cab, causing it to crash and kill a passenger, then maybe it’s time to dig out that policy.

Sometimes the person they portray in ads is more important than the celebrity. Everyone knows Flo on the Progressive Insurance spots, but very few know the name of the actress who portrays her (for the record, it’s Stephanie Courtney). So if the relatively unknown Ms. Courtney were to be involved in a criminal activity, does it taint the character she depicts in the ad spots? Is Disgrace Insurance coverage needed for this relatively “unknown” spokesperson? And in what capacity? The answer is yes. Progressive has put much time, energy, and resources into their campaign, and the character of “Flo” would be hard to replace. The same holds true for Allstates’ Mayhem Man (Dean Winters), and one of my personal favorites, Jan from Toyota (Laurel Coppock).

Disgrace Insurance can be purchased either as stand-alone coverage or as part of a broader policy covering other advertising-related risks, such as the risk that the insured spokesperson will die or become disabled during the covered advertising campaign. The cost of purchasing disgrace coverage generally averages about 1% of the policy’s limits, so companies will typically pay around $10,000 for every million dollars of Disgrace Insurance purchased. For a person who has known to live on the edge, an insurer may require extra premium, or for the insured person to sign a warranty relating to his or her lifestyle, consumption of alcohol, or drug use.

It seems like every day there’s a celebrity who gets caught up in a scandal. And if that celebrity is high-profile, odds are very good that some corporation has rolled the dice and invested millions and millions of dollars to put his or her face on a billboard, a TV spot, or a set of cookware. And that investment needs to be protected. Otherwise, we might as well stick to products being hawked only by ducks, lizards and giant peanuts wearing monocles and top hats. And what fun would that be?

Frank Zuccarello is Executive Vice President and a partner of Exceptional Risk Advisors, LLC, where he manages the field underwriting, sales and operations for its Accident & Health Division. Frank underwrites and places Kidnap and Ransom policies for corporate executives, as well as a long list of high profile entertainers. Based in Mahwah, NJ, the company specializes in serving corporate executives, international celebrities, and athletes through its relationship with Lloyd’s of London. Contact: 866-512-0444; [email protected]. 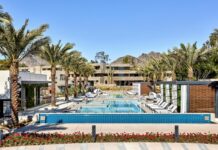 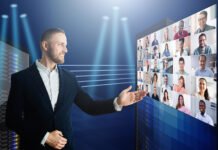