Dr. Salomon Melgen stuck needles in patients’ eyes and burned their retinas with lasers. The staggering Medicare ruse stole up to $136 million, replete with painful and botched treatments of luckless patients.

Patients flocked to Melgen, a well-known eye specialist in West Palm Beach, Fla. He grew rich by giving painful and worthless injections and laser treatments to hundreds of elderly patients. He even billed insurers for treating patients with plastic prosthetic eyes.

He billed Medicare up to several hundred dollars each for up to 100 patients a day. Insurance fraud treated Melgen well. He owned a mansion, luxury resort villa, private jet, boat and luxury cars.

Smoke filled the Beechcraft Baron airplane 30 miles off the Louisiana coast… going down fast. Pilot Theodore R. Wright III radioed for help when flames spat out from behind the instrument panel, melting the windshield. He bellied the plane into the ocean — a cool-headed, life-saving maneuver. Or so Wright claimed.

Ditching the Beechcraft actually was a ditzy insurance hoax — Wright crash-landed and sank it on purpose. The deep-six dunking jumpstarted a doomed plot to wreck the Beechcraft… another plane… a Lamborghini… and 45-foot sailboat — all for nearly $940,000 of inflated insurance claims.

Wright had bought the plane for just $46,000, yet insured it for nearly twice that. Wright made himself a media sensation. His seeming survival against all odds earned Wright interviews on The Today Show and other national news outlets. The iPad footage and TV interviews were great theater — all to make the crash seem so real that the insurer would pay out.

Wright’s showboating took him down. He made too many people pay too much attention — including investigators and law enforcement. Clues piled up. Not the least of which was a course Wright took to learn how to crash-land planes in water just a week before deep-sixing his Beechcraft. Wright and his gang were convicted. When he’s sentenced, he’ll have up to 20 years in federal prison to rethink how his daffy insurance cons flew too high, went too far, and fell too fast. Read full story

Dr. Jacques Roy mounted a home invasion so big and audacious that he’ll serve 35 long and lonely years in federal prison. It was an uncaring homecare scam.

The Dallas-area doctor ran one of the largest Medicare cons in history. Roy’s whopping $375-million plot cranked out thousands of claims for helping ill and infirm seniors, supposedly stuck in their homes. Except the seniors were perfectly healthy, even mowing their lawns. Roy also billed for homecare for hundreds of homeless people living on the streets or in shelters.

Roy’s cohorts forged patient care plans using the seniors’ Medicare information. He invented daily logs “documenting” hundreds of worthless or phantom patient-care visits. Speed meant money, so Roy set up a boiler room to pump out bogus claims. Employees worked all day, robo-signing his name on false Medicare claims. Taxpayer money poured into Roy’s pockets for homecare that seniors received only on paper. He was busted after Medicare discovered Roy had billed for more than 11,000 supposedly homebound patients — compared to the norm of about 104 patients by doctors. Read full story 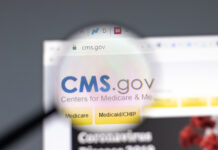