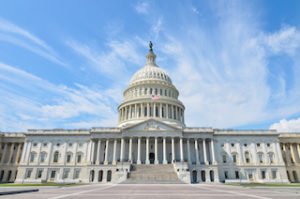 A day after the House voted 415-6 to pass the Terrorism Risk Reauthorization Act (TRIA) of 2015 (H.R. 26), the Senate on Thursday followed suit with another nearly unanimous vote of 93-4.

The legislation, which the last Congress had inexcusably beenallowed to lapse at the end of 2014, now heads to President Obama’s desk, where it is expected to quickly be signed into law.

Under the 6-year extension, starting in 2016, there will be phased-in increases to the program’s trigger (raising it from $100 million to $200 million in annual aggregate insured losses) and the insurer co-share (raising it from 15% to 20%). In addition, the bill phases in an increase in the aggregate amount of insured terrorism losses required to be borne by the private sector from the current $27.5 billion to $37.5 billion. Any use of taxpayer dollars to fund those losses would be recouped post-event.

As with previous TRIA reauthorizations, the primary responsibility for financial recovery is placed on the private sector in all but the most catastrophic of events, Pusey continued. “TRIA provides policyholders and businesses the certainty they need to operate and grow our nation’s economy. We thank the Congress for its steadfast support and hard work to reauthorize TRIA and urge President Obama to quickly sign the legislation into law.”

The Property Casualty Insurers Association of America (PCI) was also quick to praise the legislation.

“PCI applauds the Senate for making TRIA the very first bill to be enacted by the 114th Congress. We appreciate the leadership of Senator Mike Crapo (R-ID) and former Senator Tim Johnson (D-SD) for their work in developing a solid piece of legislation,” said David A. Sampson, president and CEO of PCI. “We thank Majority Leader Mitch McConnell (R-KY) and incoming Banking Committee Chair Richard Shelby (R-AL) for bringing the bill to the Senate floor expeditiously. We also thank Senator Chuck Schumer (D-NY), Senator Mark Kirk (R-IL), and Senator Dean Heller (R-NV) for their tireless efforts as well as the many Senators who support TRIA. I am grateful that Members of both chambers were able to quickly come together on a bipartisan basis to achieve a hard-won compromise to maintain America’s economic resiliency plan to recover from terrorist attacks.”

Sampson continued to say the vote is a significant win for consumers, taxpayers, and PCI members. “This long-term legislation will minimize market disruptions, maintain the availability and affordability of terrorism insurance for consumers, and protect taxpayers. We also are grateful that NARAB II was included in the legislation. We urge President Obama to sign this legislation as soon as possible,” Sampson said.