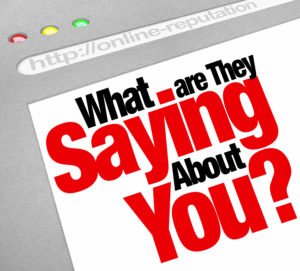 The case of Glenn Neasham is instructive. The California agent was convicted of theft for selling an annuity to an 83-year-old woman who later was diagnosed with dementia. Although an appellate court eventually overturned his conviction and California’s Supreme Court upheld the reversal, Neasham’s reputation suffered incalculable harm.

Today, three years after his conviction, Googling “Glenn Neasham” yields more than 10,000 hits. Of his 10 page-one search results, eight refer to his legal troubles, using words like “Ongoing Coverage of the Glenn Neasham Trial,” “conviction for theft,” “lost his house,” and “extraordinary case.” The final page-one result is a paid listing entitled “Glenn Neasham Complaints.” Neasham’s page-two results are a bit better, including the URL for his LinkedIn profile. However, it also displays a URL for the “Ripoff Report Directory of Complaints and Reviews.”

Now, anyone who truly wants to understand Neasham’s situation will click through to the informative reporting in the insurance trade press and Wall Street Journal. Most reasonable people who read these articles will conclude Neasham was the unfortunate victim of overzealous insurance regulators and criminal prosecutors. But here’s the rub: as he attempts to rebuild his reputation and career, many prospects won’t have the patience to drill down. They’ll just scan headlines and draw the quick, though incorrect, conclusion that Neasham preys on seniors.

The more recent case of Alan S. Lewis provides similar lessons. A former life agent, Lewis was charged in October of 2013 with 29 felony counts for embezzlement, grand theft, and burglary in connection with selling annuities with surrender charges. Fortunately for Lewis, a California judge threw out the case, but not before Lewis spent more than four months in jail. The Lewis case wasn’t as incendiary as Neasham’s, so the Google damage is less extensive. Still, the agent’s top two results are entitled “Alan S. Lewis Case Timeline” and “Ex-Agent Faces Burglary Charges for Annuity Sales,” both published by insurancenewsnet.com. Ouch!

Both the Neasham and Lewis cases attracted attention because they involved criminal charges filed in an insurance jurisdiction (CA) that’s unfriendly to annuity agents and hungry for publicity. But what if you received a regulatory enforcement action for something not quite as serious—perhaps for an administrative oversight? Or what if a former client goes wild and starts trashing you on Yelp? Or a former employee publishes false accusations in your hometown newspaper? Would your reputation—and career—survive the negative online exposure? How should you respond to these threats? The key is to put them in their proper context. Here’s how:

• Are you concerned about a sprinkling of negative comments on Yelp or other review site, but that don’t rank highly on Google? Then simply consider responding judiciously on the review site, offering to rectify the problem or setting the record straight if the comments are false. However, further reputation cleanup might not be necessary, since all prospects expect to see occasional negative reviews for just about any business.

• Are you worried about one or more negative hits that appear prominently in Google relating to real or falsely alleged misconduct? If the item is true, then there’s not much you can do practically to have it removed. But you can try to balance the damage by increasing the number of personal profile pages you have on the Web, along with writing more content for your own and third-party blogs. But if it’s false, you can attempt to have the item removed.

• Are you stressing out over a pattern of negative Google results, especially on the first few pages, that are making it hard for you to grow your business or worse, sparking client defections? Here, we’re talking about online content that threatens the very existence of your business. In such a case, you probably need the heavy-duty remediation capabilities of a legitimate online reputation management (ORM) company.

In all three scenarios, analysis and follow-up action will be required, because no business today can afford to be blasé about its online reputation. Since nearly all consumers now do their research online, having rattling Google “skeletons” will definitely scare off many prospects, especially Millennials. This will put a serious crimp in your new-business pipeline and potentially threaten your company’s ultimate survival. 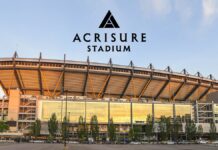