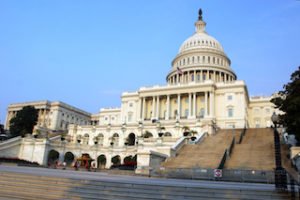 Industry organizations are voicing support for new legislation that, if it becomes law, would increase access to employer-provided retirement plans and make it easier for employers to offer annuity products in those plans.

The Family Savings Act, HR 6757, was passed by the House of Representatives on Sept. 27. It is intended to increase access to employer-provided retirement plans by eliminating barriers which restrict the types of small business employers who are permitted to band together to offer a retirement plan through a Multiple Employer Plan (MEPs).

The bill includes a provision – the Brady Amendment – to improve access to guaranteed lifetime income solutions like annuities by making it easier for employers to offer such products to their employees and ensuring that retirement plan participants can better preserve the lifetime income protections they have accumulated over the years.

The CBO estimates that enacting this bill would reduce federal tax revenue by $21 billion over the 2019-2028 period.

Multiple industry organizations released statements supporting the legislation. Here’s what they had to say:

“This is a significant step toward enactment of much-needed comprehensive retirement security legislation this year,” said Cathy Weatherford, president and CEO, Insured Retirement Institute (IRI). “We are very grateful to Ways and Means Committee Chairman Kevin Brady (R-Texas) and Education and the Workforce Committee Chair Virginia Foxx (R-N.C.) for their leadership in advancing this bill and look forward to continuing to work with them and with the Senate to send a bill to the president before Congress adjourns.”

According to recent research, IRI says less than 10% of workplace plans currently offer annuities, 92% of plan sponsors want a workable annuity provider selection safe harbor, and 81% of GenXers say they would like to have an option to take a portion of their retirement savings as a guaranteed monthly income at retirement.

IRI said it will continue to advocate for additional retirement security provisions in the Senate. Such provisions include providing retirement plan participants with a projection of how current savings would translate into an income in retirement; simplifying the filing of IRS Form 5500 to help small employers save on retirement plan administrative costs; and including proposed enhancements to automatic enrollment and contribution escalation features in retirement plans.

“This bill comes at a critical time for retirement savers. Every day, 10,000 Americans reach age 65. And, many people can expect to live 20 years, 30 years or longer in retirement. The Family Savings Act will go a long way toward helping Americans save for retirement and ensure their savings last a lifetime,” said ACLI President and CEO Susan Neely.

“A key reform added by Brady will make it easier for employers to offer annuities in their retirement plans. Annuities can guarantee lifetime income and can help employers offer a plan that resembles in certain ways a traditional pension that guarantees a paycheck for life to a retiree.”

As the Family Savings Act moves to the Senate, ACLI is asking lawmakers to adopt an additional provision to ensure all workers receive an illustration of how their workplace retirement savings translates into monthly income. ACLI also will advocate for a provision to enhance automatic enrollment and contribution escalation features in plans.

“These additional steps will provide even more help to Americans preparing for retirement,” Neely said. “Congress should take advantage of this once-in-a-generation opportunity to enhance America’s retirement system and pass comprehensive retirement security legislation this year.”

“NAFA is pleased that Chairman Brady modified the bill to include annuity safe harbor language, which will help employers provide valuable lifetime income options, namely annuities, in their employee retirement plans,” said Pam Heinrich, General Counsel & Director of Government Affairs at the National Association for Fixed Annuities. “We thank NAFA members who engaged in grassroots efforts earlier this week to ask for inclusion of this important annuity safe harbor in the final bill.”

In addition, the Family Savings Act incorporates several bipartisan provisions related to lifetime income and savings options in the employer-provided retirement system that have long been supported by our industry. In particular, the legislation includes provisions to allow small employers to join together to offer workplace retirement plans, and it provides lifetime income portability protections for savers who participate in plans undergoing changes.

The bill will now move to the Senate, where Heinrich said NAFA hopes additional policy refinements will be added to help retirement savers, including adding lifetime income disclosure and removing the automatic escalation cap.

House members voted 240-177 to pass the bill, with Republicans voting for the bill 230-0 and only 10 Democrats voting for the bill while 177 voted against it, noting it would add $3 trillion to the deficit over a decade. House Democratic Whip Steny Hoyer (D-Md.) released a statement saying this is the second round of Republicans’ “dangerous tax scam, which would further bankrupt our children and grandchildren in order to provide even more tax breaks to the wealthiest in our country.”

It is viewed as highly unlikely HR 6757 will come up for a vote in the Senate before the midterm elections on Nov. 6.