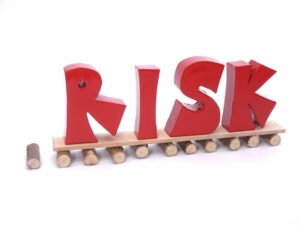 Metropolitan Life Insurance Company (MetLife) announced May 8 that it entered into an agreement with FedEx Corporation (FedEx) to provide annuity benefits to approximately 41,000 retirees and beneficiaries in the FedEx defined benefit pension plans, representing pension obligations of approximately $6 billion.

“We are very pleased to have been selected to provide pension benefits for FedEx retirees and beneficiaries,” said Michel Khalaf, President, U.S. Business and EMEA at MetLife. “By taking on a portion of the payment obligations of the FedEx defined benefit pension plans, we will help FedEx secure its pension obligations and provide its retirees with financial security. This is something MetLife has been doing for nearly 100 years.”

This is the largest U.S. pension transaction by premium in the last five years and continues the market trend of more plan sponsors choosing to transfer their pension obligations to insurance companies. According to MetLife’s 2017 Pension Risk Transfer poll, 57% of plan sponsors – up from 46% in 2015 – are interested in annuity buyouts for their defined benefit plans. Of those interested, 77% said they are likely to do so in the next two years.

In 2017, despite no massive deals, single-premium pension buyout sales increased 68% compared with the prior year, hitting $23 billion, according to the LIMRA Secure Retirement Institute. It was the second-largest annual total, ranking only behind 2012’s $36 billion in deals that was skewed by two jumbo pension-risk-transfer deals from General Motors and Verizon.

Reasons for the trend include pension plans becoming more costly to keep on the books, increased longevity, increasing popularity of 401(k) plans, rising interest rates and an incentive provided by the new tax law.

During the 2017 and 2018 fiscal years, FedEx made voluntary contributions of $4.5 billion to the Pension Plans, including the most recent contribution of $1.5 billion following the U.S. Tax Cuts and Jobs Act, which was enacted in December 2017.

“At MetLife we are focused on delivering value for our customers every step of the way,” said Khalaf. “We have been investing in our administrative capabilities and enhancing our processes to deliver best-in-class service.”

This transaction, subject to certain conditions, is expected to close on May 10, 2018. It will be executed by a combination of cash and assets of the Pension Plans. FedEx will purchase a group annuity contract from Metropolitan Life and the insurance company will assume responsibility for making benefit payments to the retirees or their beneficiaries covered by the agreement.

The transaction will not change the amount of the monthly benefit for any annuitant. Metropolitan Life, rather than FedEx, will be responsible for making these monthly payments following the close of the transaction. Plan participants do not need to take any action at this time. Details will be provided to retired participants and beneficiaries whose continuing payments will be fulfilled by Metropolitan Life.

“FedEx is committed to maintaining financially secure pension benefits for our retirees and their beneficiaries,” said Alan B. Graf, Jr., executive vice president and CFO, FedEx Corp. “This transaction better positions FedEx to manage future pension plan costs, and retirees will receive the same pension benefit from a highly rated insurance company. Transferred pension benefits will be protected by the State Guaranty Association in the state where the retirees live.”

By transferring these obligations to Metropolitan Life, FedEx will reduce its U.S. pension plan liabilities by approximately $6 billion. The purchase of the group annuity contract will be funded directly by assets of the Pension Plans. Following the annuity purchase and transfer, the Pension Plans will remain well funded.

As a result of the transaction, FedEx expects to recognize a one-time non-cash pension settlement charge, which will be included in the fiscal 2018 year-end mark-to-market pension accounting adjustments that will be reported in the company’s fiscal 2018 fourth quarter earnings release.

MetLife manages pension payments for more than 600,000 annuitants; the company issued its first group annuity contract in 1921 to fund a defined benefit plan.