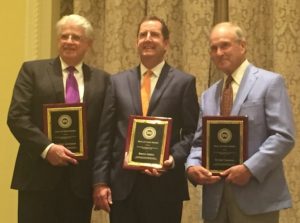 Hall of Fame inductees and top industry influencers were named, and one of the industry’s most prominent association CEOs announced her upcoming retirement during the recent Insured Retirement Institute (IRI) VISION 2017 annual meeting and 25th anniversary celebration in Palm Beach, Fla., Sept. 24-26.

The conference was kicked off with the announcement that President and CEO Cathy Weatherford would be retiring at the end of next year.

That was far from the only news to come out of the event, billed as the premier business meeting for the insured retirement industry. Here’s a closer look at some of the other key announcements:

The Insured Retirement Institute recognized three leaders for their contribution and dedicated service to the retirement income industry during a special luncheon at the conference.

The IRI Hall of Fame Award is presented every two years to industry leaders who have exercised great vision and dedicated their careers to the advancement of the Insured Retirement Institute’s mission. Inducted into the Hall of Fame Class of 2017 are (shown above from left) Bob Saltzman, Bruce Ferris and Peter Cummins.

Peter Cummins: With Hartford Life for 25 years, his accomplishments include the introduction of Hartford Life’s top selling variable annuity products – The Director, Putnam Hartford Capital Manager and Hartford Leaders – and the expansion of the business to include retail mutual funds, as well as pioneering the sales of these products through broker-dealer and financial institution market channels. Peter is a graduate of the Wharton School at the University of Pennsylvania.

Bob Saltzman: Robert P. Saltzman served as the Chief Executive Officer and President of Jackson National Life Insurance Company from 1994 to 2001. He previously held senior positions at Sun America Life Insurance Companies, Colonial Penn Group’s Insurance Companies and Continental Casualty Company. Saltzman has been an Independent Director of Raymond James Financial Inc. since November 2007. He has been Director of WNC First Corporation since November 2004, a property and casualty insurance underwriter. He served as Member of Board of WNC Insurance Services, Inc. He also served as Director of Enhance Financial Services Group, Inc. He serves as Trustee of Northwestern University.

Bruce Ferris: Bruce was formerly President and CEO at Prudential Annuities Distributors, Inc., a wholesale broker-dealer responsible for distribution of Prudential Annuities product line for their independent broker-dealer, wirehouse, financial Institution and legacy distribution. He also worked at the Hartford Life Insurance Co. as Senior Vice President, Director of Sales and Marketing for their Annuity, Mutual Funds, Retirement Plans and off shore products. Bruce received his Bachelor of Science Degree at Stonehill College, North Easton, Mass. He currently serves as a Faculty Member, EBV, Veterans Outreach at the University of Connecticut Business School. Additionally, Bruce has served as Member Representative, Forum For Investor Advice; Leadership Council Member, Bank Insurance and Securities Association; and Past Board Member, Simsbury Chamber of Commerce. Currently, Bruce is an Independent Trustee at Guardian Variable Products Trust. Bruce has served as IRI’s Chairman of the Board, the Executive Committee, the Board of Directors, and has been a member since 1989.

The IRI also recognized the achievements and the forward-thinking nature of the members of the inaugural class of IRI’s Top Influencers under 40 at VISION 2017.

The individuals honored were nominated by their peers for demonstrating the capacity to look at business challenges through a new lens and implement new and creative strategies to tackle them. IRI President and CEO Cathy Weatherford had the following to say while presenting the awards at a luncheon honoring the recipients:

“It is an honor to recognize these young individuals in the midst of their careers and present them with this award on behalf of the Insured Retirement Institute. Those being recognized today have made outstanding contributions to the retirement income industry and have cemented themselves as thought-leaders. Nominations were submitted by professional colleagues, highlighting the high esteem in which our honorees are held and exemplifying the positive effect they have had on both the industry and those around them. We look forward to the continued rise of our Top Influencers and offer them our most sincere congratulations.” 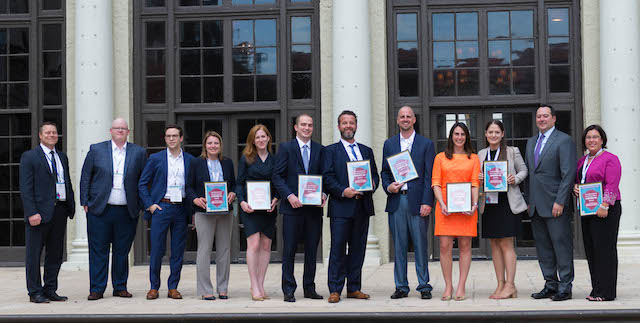 The recipients of IRI’s Top Influencers under 40: