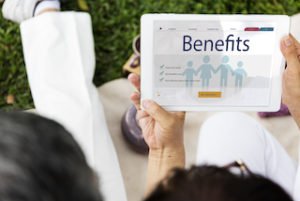 As the popularity of consumer-directed health plans continues to rise, the number of consumers who find themselves with unplanned medical costs is also on the rise. High out-of-pocket medical costs are becoming a frequent threat to consumers’ financial security. To help offset these expenses, more employers are now offering supplemental health products – like critical illness coverage. New LIMRA research finds 24% of employers offered critical illness coverage in 2017 compared with just 19% percent back in 2006 (see chart 1).

Critical Illness insurance premiums sold in voluntary benefits packages showed a 15% increase in 2017 compared to 2016 and have more than doubled since 2014, according to LIMRA (see chart 2).

Data from Career Builder finds 78% of full-time workers state they are, at some point, living paycheck to paycheck. Additionally, recent research finds as many as 26% of U.S. households have difficulty paying medical bills in a given year. According to LIMRA research, 55% of employees say they could pay a $500 unexpected medical bill right away but only 30% could do the same for a $4,000 bill. The average family deductible for a high deductible health plan is now over $4,000.

Employers should work with their insurance carriers to help educate their employees about the risks of unplanned medical expenses and the benefits of purchasing critical illness coverage.