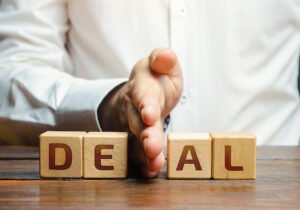 More than four years after it was first announced, Genworth Financial Inc.’s plan to sell itself to China-based investment company Oceanwide is officially dead.

Three months after the companies announced that they had put the deal on indefinite hold, Genworth announced Tuesday it has terminated its merger agreement with China Oceanwide Holdings Group Co. Ltd., a Beijing-based company that agreed in October 2016 to buy Genworth for about $2.7 billion, or $5.43 per share in cash.

The deal subsequently got tied up in years of government regulatory reviews in the U.S. and Canada, forcing Genworth and China Oceanwide to delay the completion of the merger a staggering 17 times.

Terminating the agreement allows Genworth to pursue its revised strategic plan without restrictions and without uncertainty regarding its ultimate ownership, which might impact the Company’s ability to successfully execute the plan.

Genworth’s revised strategic plan includes a potential partial initial public offering (IPO) of its U.S. MI business (subject to market conditions as well as the satisfaction of various conditions and approvals). China Oceanwide and Genworth also will continue to explore potential opportunities to bring long-term care insurance and other similar products to the Chinese insurance market in the future.

“Genworth’s Board of Directors has concluded that Oceanwide will be unable to close the proposed transaction within a reasonable time frame and that greater clarity about Genworth’s future is needed now in order for the Company to execute its plans to maximize shareholder value. Thus, the Board decided to terminate the Oceanwide merger agreement,” said James Riepe, non-executive chairman of the Genworth Board of Directors. “Although disappointed after more than four years of efforts, I want to especially thank our shareholders, regulators, policyholders, customers and employees, for their patience and support as we all persevered through an especially long and arduous cross-border approval process.”

“We are grateful for Oceanwide’s commitment to our planned transaction over the years,” said Tom McInerney, Genworth President and CEO. “During that time, we together navigated significant market uncertainty and regulatory hurdles, a testament to both parties’ good faith efforts to complete the transaction. I would like to thank Chairman Lu for his commitment and partnership throughout this process.”

Genworth has already executed important steps under its revised strategic plan, including the sale of Genworth’s interest in its Australian mortgage insurance business and actions to align its expense structure with current business activities. These steps expand on actions the company has taken over the last several years to strengthen its financial position, including the sale of its Canadian mortgage insurance business, the completion of a $750 million debt offering at the U.S. MI holding company and the negotiation of a settlement with AXA S.A.

A report in the Richmond Times-Dispatch said the failure of the acquisition already has led to job cuts at Genworth. In late January, the company disclosed that it was laying off 95 employees from its corporate headquarters operations in Henrico County, Va.