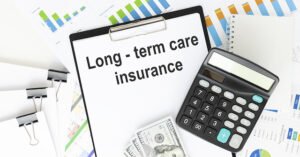 The cost for certain long-term care insurance policy designs has not changed significantly over the past five years according to the American Association for Long-Term Care Insurance (AALTCI).

“For men, rates actually may have declined slightly from where they were five years ago,” said Jesse Slome, director of the long-term care insurance organization. “Policy costs for women are about the same until you add an inflation growth option—then there is a significant increase.”

The analysis is based on a comparison of the Association’s annual long-term care insurance Price Index data. 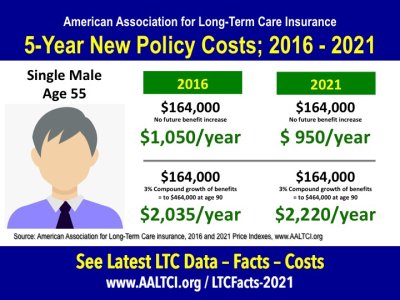 The same is not true for single women, according to AALTCI data.

“Women account for the vast majority of long-term care insurance claims so it’s to be expected that costs for their coverage would be higher,” Slome noted. “Policy benefits that are guaranteed to grow by 3% annually are going to cost more because we are in such a low interest rate environment.”

Costs for policies with no inflation growth option cost more for women (than men) BUT the costs have NOT increased over the five-year period.

“As interest rates drop, insurers need to charge more for a policy that is designed to grow,” Slome said. “However, today, women can find policies that will grow at 1% or 2% annually and those will cost less than one growing at 3% yearly.” 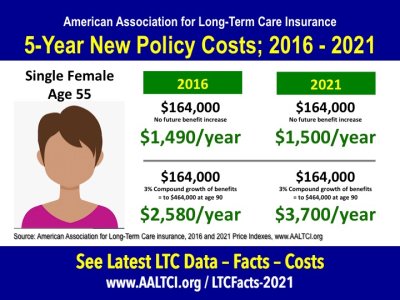 The Association gathers data each year for common levels of long-term care insurance being purchased by consumers.

The American Association for Long-Term Care Insurance (AALTCI) advocates for the importance of planning and supports insurance professionals who market both traditional and hybrid LTC solutions.