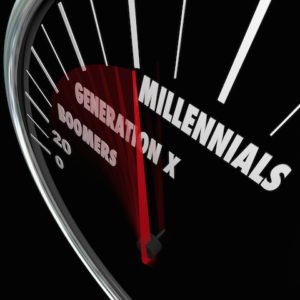 At some point, a more normal life will resume. When it does, Jesse Slome, director of the American Association for Critical Illness Insurance, says one of the changes he expects to see in the life and health insurance world will be a realization that the impact of Baby Boomers is declining.

“Long live Millennials” may be the new focus for insurance companies and agents, Slome says, which is one reason he expects there to be significant growth for critical illness insurance.

“Winners in the ‘new normal’ will be those who recognize changes and act on them,” Slome says, noting that life insurance could be a loser because Millennials may be more inclined to act on the value proposition of critical illness insurance.

For the first time, Slome notes, Millennials are the largest segment of the U.S. population. Their dominance, he predicts, will impact insurance trends for the next three decades.

“There are now 72.1 million Millennials compared to 71.6 million Baby Boomers,” Slome says, citing data based on the latest U.S. Census projections that reported data through July 2019.

“Millennials will be the dominant generation for the next few decades as the number of Baby Boomers and Generation Xers declines,” Slome adds. “By 2050, experts predict there will be 16.2 million Boomers compared to 72 million Millennials.”

Millennials are generally defined as those born between 1981 and 1996.

“These men and women are now between ages 24 and 39 and they will change everything in the insurance world,” Slome says. “One of the chief beneficiaries will be critical illness insurance products. Millennials in particular will see the risk/reward of this product as compared to products favored by Boomers, especially life insurance.”

Slome predicts the market for critical illness insurance is poised for dramatic growth.

“There are presently about five million Americans who have one form of this coverage. I expect we’ll see exponential growth once the economy resumes and life resumes for this generation,” Slome says.

The American Association for Critical Illness Insurance advocates for the importance of planning and supports insurance professionals who market these products. For instant critical illness insurance rates, visit the Association’s website at www.criticalillnessinsuranceinfo.org.