In our latest look at agents and advisors running afoul of the law, we have a Ponzi schemer and two agents who collected unwarranted commissions by stealing personal information and submitting fraudulent life insurance applications. One of them even got caught twice – once in Colorado and soon after in Utah.

And the charge that could trip them all up is mail fraud, one of the most common federal criminal charges. The use of the U.S. Postal Service (USPS) or private interstate carrier to commit a crime of deceit gives feds an easy opportunity to claim jurisdiction.

Mail fraud is broadly defined by 18 U.S. Code, Section 1341, listing a wide range of activities that all meet the crime’s definition. Such as, to obtain money or property under false pretenses; or to sell, distribute, exchange, supply or use counterfeits.

To constitute mail fraud, the scheme must involve the mailing of something associated with the fraud. Mailing contracts, receipts, and communications regarding a fraudulent deal could all meet the law’s requirements. The communications are not limited to the USPS and include mail sent through private and commercial interstate carriers. Mail fraud is punishable by a fine and imprisonment of up to 20 years for each count.

Here’s a closer look at each recent case.

The U.S. Attorney’s Office in Chicago filed a criminal fraud charge against a Niles, Ill.-based financial advisor for allegedly swindling more than $2.5 million from elderly clients.

Zamoras falsely claimed that client funds would be invested in safe, low-risk investments, when, in fact, she spent some or all of the money on personal and business expenses, including gambling costs, payroll expenditures, credit card payments, airline tickets, car payments, and utilities, the filing information states. The alleged swindling began in about October 2009 and continued until at least August of this year.

Zamoras attempted to conceal the scheme by using newly raised investment funds to make Ponzi-type payments to earlier investors, the charge alleges. Zamoras intentionally failed to disclose these payments to both the new and earlier investors. From 2009 until August of this year, Zamoras defrauded at least a dozen investors out of approximately $2.5 million, the information states.

The information charges Zamoras, 55, of Chicago, with one count of mail fraud, which is punishable by up to 20 years in prison, according to the U.S. Attorney’s Office.

If at first you don’t succeed, try to commit insurance fraud again 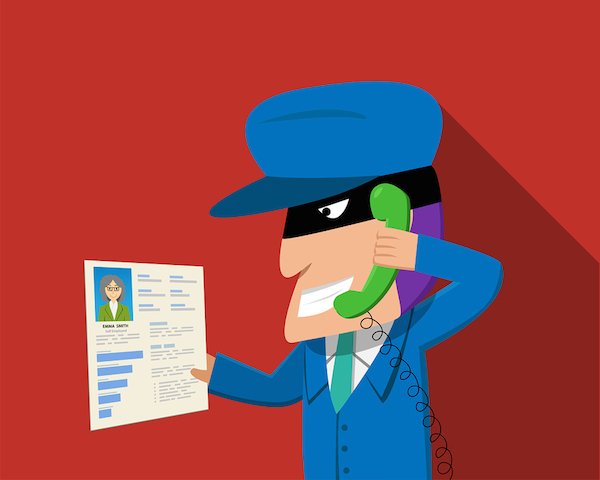 The same agent was indicted by a grand jury in Colorado back in March for opening 83 fraudulent life insurance policies in 2015-2016.

Michael Craig Nebeker, 38, was charged with 28 counts of identity fraud, three counts of fraudulent insurance crimes, one count of forgery and one count of “pattern of unlawful activity,” by the 5th District Court in Utah on Sept. 24.

According to the St. George Spectrum & Daily News, Nebeker, an insurance agent at Farm Bureau Insurance Company in St. George, allegedly wrote more than 25 applications for life insurance – through an independent broker (which he was not allowed to do as a captive employee of Farm Bureau) – without permission of the people named on the applications during October and November of 2017.

Several companies, including Mutual of Omaha, Americo Life and Columbian Life, received calls from victims who stated they had never applied for life insurance. Investigators confirmed the victims never met with Nebeker, and the policies were written without their permission, according to the report.

Nebeker received an upfront commission when he filed the applications, charges indicate. The policies were later canceled by Nebeker or by the insurance companies when premiums weren’t paid.

In the Colorado case, Nebeker was accused of using personal information from his fellow members of the Church of Jesus Christ of Latter-day Saints in Loveland, court documents show. He has been charged with two counts of insurance fraud and two counts of forgery, Class 5 felonies. He’s also charged with 72 counts of identity theft, Class 4 felonies.

Back in early 2014, Nebeker moved to Larimer County in Colorado and began working as the Northern Colorado sales manager for Family Service Agency, an insurance agency based in Utah. In his role, he was able to write insurance policies for Great Western Insurance Company, which provides prepaid life insurance policies.

According to the Utah Insurance Department, Nebeker’s license was deemed inactive in June of this year due to his “voluntary surrender.” Armand Glick, director of the Utah Insurance Fraud Division, said Nebeker came to Utah and received his personal insurance license before the conduct in Colorado was discovered.

Glick told the St. George Spectrum & Daily News that Nebeker moved to St. George and started engaging in similar conduct. “We were contacted by Colorado and tipped off to their investigation and did an investigation of our own,” Glick said.

He said the fraud division often sees agents set up fake insurance policies, pay the initial premiums out of their own pockets, and collect a commission so high that it’s greater than the amount of the premiums.

“It’s not a problem for those who don’t take advantage of the system, but certainly you could argue where people are of a criminal mindset, it’s a system that can be leveraged for wrong,” Glick said.

A Windsor Heights, Iowa man was convicted of mail fraud in August for selling phony life insurance policies and other investments.

During trial, the government presented evidence Goodwin owned and operated “Goodwin Network of Advisors, Inc.,” which was also referred to as “Goodwin Network”, “GN of A”, and “GNA Corp.,” and sold life insurance and annuities to individuals in the Des Moines and Houston, Texas areas.

From February 2013 through August 2016, Goodwin advised several of his clients to surrender or cash out existing investments—totaling over $1 million—in order to use those funds to purchase insurance products from him. Instead of purchasing insurance policies or annuity contracts for the clients as promised, Goodwin deposited the clients’ checks into a bank account associated with Goodwin Network of Advisors—which only Goodwin and his spouse could access.

“The evidence showed the defendant preyed on older and vulnerable victims, and he used their hard-earned savings to line his own pockets and fund his lavish lifestyle,” Krickbaum said. “Those like Goodwin who prey upon older individuals should know that we will hold them accountable.”

Goodwin kept all or large portions of the funds and used the money for unauthorized purposes that were not for the benefit of the affected clients. Goodwin used his clients’ money, unbeknownst to them, for his personal expenses including paying his mortgage, making vehicle payments, remodeling his residence, and other lavish personal expenditures. He also used client funds to repay other clients of Goodwin’s and to make payments to the insurance companies for the benefit of clients whose money Goodwin had failed to earlier send to the insurance company.

This case was investigated by the Federal Bureau of Investigation and prosecuted by the United States Attorney’s Office for the Southern District of Iowa.