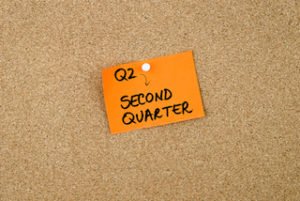 While individual life insurance new annualized premium has increased 2% over the first half of 2016, a 7% decline in indexed universal life sales stifled overall sales in the second quarter of the year, according to the LIMRA U.S. Retail Individual Life Insurance Sales Survey released Aug. 29.

“This is just the second time IUL premium has dropped in a quarter over the last 10 years,” said Ashley Durham, associate research director, LIMRA Insurance Research. “LIMRA attributes much of the decline to the recent illustration regulation, Actuarial Guideline 49, which went into effect in September 2015.”

Sheryl J. Moore, President and CEO of both Moore Market Intelligence and Wink, Inc., also attributed the drop to AG49, but was upbeat that the decline wasn’t nearly as dramatic as some experts have predicted.

“Many projected that AG49 would not only limit illustrated rates on indexed life, but that it would kill the product line,” Moore said. “Not if the IUL industry has anything to do with it! Sales are already nearly at 2015’s levels, before the regulation took effect.”

Other notable items of interest from the Wink report in the indexed life market this quarter include:

• Transamerica maintained its No. 1 ranking in indexed life sales, with a 14.3% market share and National Life Group moved up into the No. 2 carrier position. Pacific Life, Minnesota Life, and Nationwide rounded out the top five companies, respectively.

• Universal Life: UL new annualized premium fell 4% in the second quarter due to the decline in IUL sales, which account for 55% of total UL sales and 20% of all individual life premium year-to-date.Total UL premium represented 36% of all life insurance sales in the first half of 2016.

• Whole Life: WL product sales continued to climb as new annualized premium increased 6% in the second quarter. Year-to-date WL rose 8%. Similar to last quarter, WL products made the largest contribution to total individual life premium growth in the second quarter. If this trend continues for the remainder of 2016, it would represent the 11th consecutive growth year for WL. Year-to-date, total WL premium represents 37% of the total life market.

• Variable Universal Life: VUL new annualized premium fell 12% in the second quarter, resulting in a 12% decline year-to-date. Election year volatility is expected to disrupt VUL sales throughout 2016. VUL market share was 6% of total life sales in the first half of 2016.

• Term Life: Term Life insurance new premium grew 2% in the second quarter, compared with prior year. This represents the seventh consecutive quarter of growth for term life. Term life market share was 21% for the first half of the year.