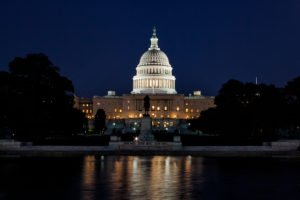 H.R. 7203, introduced by U.S. Rep. Kenny Marchant (R-TX) and U.S. Rep. Brian Higgins (D-NY) would permit seniors, regardless of their health status, to use life insurance policies they already own to fund a wide range of health care costs, including long-term care expenses and long-term care insurance premiums.

By keeping seniors off Medicaid for their long-term care, the legislation has the potential to save taxpayers as much as $2 billion over the next nine years, according to the Alliance for Senior Health Care Financing, and it gives seniors access to assets that can improve the quality of life in their final years. Supporters of H.R. 7203 believe it has widespread, bipartisan support as a solution to the growing cost of senior care in the country that cuts the costs of a massive taxpayer-financed government program. The bill has been referred to the House Ways and Means Committee on which Marchant and Higgins serve.

The concept of using life insurance proceeds to fund a tax-free account only to be used for post-retirement health and long-term care costs was created by GWG Life Executive Vice President Chris Orestis in 2010. It became the LifeCare Xchange®, the GWG Life product that has options for seniors, one of which gives those with chronic illness or a terminal condition the ability to exchange a life insurance policy for a tax-free benefit plan paying for living expenses and long-term care. It was endorsed in 2017 as part of the National Association of Insurance Commissioners (NAIC) white paper “Private Market Options for Financing Long-Term Care.”

“I am thrilled to see the concept we have pioneered being put into legislation,” said GWG Life Executive Vice President Chris Orestis. “Seniors who have felt they had no choice but to lapse a life insurance policy to qualify for Medicaid now have an option that can improve their lives in their final years. This is an important step toward finding solutions to the long-term care crisis this country faces.”

H.R. 7203 would take the LifeCare Xchange one step further and give seniors the right to set aside money received from life insurance policies tax-free before they need it, allowing seniors to plan for long-term care and not have to wait to cash in their policies when they are ill.

For many seniors, a life insurance policy is one of their most valuable assets, but the policies may only pay out benefits when the holder dies, leaving untapped resources for many retirees. A secondary market has evolved to purchase the policies, but many seniors, unaware this opportunity exists, abandon the policies as the premiums rise or sell them back to the original insurer for pennies on the dollar.

In addition, anyone who is covered by Medicare cannot contribute to a Health Savings Account, which would be a logical place for life insurance proceeds to be held in. This bill would authorize using the proceeds of a life settlement—the sale of a life insurance policy for a market value return—to be rolled over, tax-free, into accounts dedicated to permitted health care expenses.

The 2017 National Association of Insurance Commissioners white paper identified life settlements as “one option seniors might use to generate resources to pay for their long-term care needs.”

“Policyowners who sell their policies receive a lump sum payment that is generally four or more times greater than if they lapsed or surrendered their policy, according to government and university studies,” the report found.