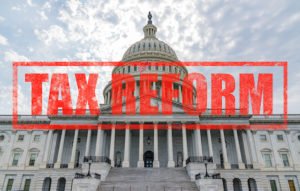 The 2017 Tax Cuts and Jobs Act, the sweeping tax legislation passed by Congress and signed into law in late December by President Trump, is expected to fuel the life settlements market in two ways, according to industry experts.

Some families will conclude they no longer need the life insurance policies they purchased to pay federal estate taxes as a result of the new law exempting estates with about $11 million for individuals and about $22 million for couples – doubling the old amounts.

These families will likely consider private placement life insurance – which can provide the same benefits of their traditional policies with superior investment returns – or selling their policies in the life settlements market.

“For years, high net worth estates utilized life insurance as a method for paying their estate tax. In many cases, these insureds are seniors over age 65,” said Shane McGonnell, vice president at Orlando-based Abacus Settlements. “Usually, the coverage involves very large policies with six-figure premiums. As a result of increased exclusions, policy owners and their advisors may look to the life settlement industry as an alternative to surrendering or canceling their policies.”

The new tax reform bill also contains an important reform to the way the Internal Revenue Service (IRS) has required calculating the taxable basis for life settlement transactions, a positive development for seniors who own a life insurance policy they no longer need or can afford, according to a press release from the Life Insurance Settlement Association (LISA).

The language in the new law reverses IRS Ruling 2009-13, which was enacted by the IRS in 2009. The Ruling requires policy sellers to reduce their tax basis in a life insurance policy by deducting “cost of insurance” charges over the elapsed term of the policy. Unfortunately, it was nearly impossible for many seniors to comply with this rule because it is extremely difficult to obtain a policy’s cost of insurance prior to its sale. Most insurance companies would not – or could not – provide that information, and some do not even keep track of these charges, LISA says. As a result, the complex requirement may have caused many seniors to lapse or surrender their policies back to the insurance companies, rather than selling their policy for maximum financial value in the marketplace.

The reform enacted this week means that people who sell their life insurance policies will now receive the same IRS tax treatment as those who surrender their policies, eliminating an IRS burden that may have discouraged many seniors from exploring a life settlement transaction.

“We are delighted that Congress has taken this important action to rectify an error in tax policy, which created an unfair burden on sellers of secondary life insurance policies,” said Darwin M. Bayston, CFA, president and chief executive officer of LISA. “We believe that seniors should be afforded the opportunity to realize the full value of their policies. This reform in the tax law further clarifies that the marketplace for life settlement transactions is safe, healthy and well-regulated.”

According to a study by the U.S. Government Accountability Office (GAO), on average, consumers received four to seven times more from a life settlement than what they would have received from surrendering it back to the insurance company.