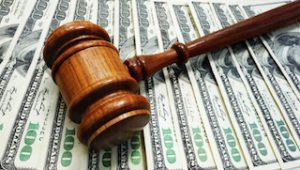 The Supreme Court of New Jersey took a stand against Stranger-Originated Life Insurance (STOLI) policies by holding that they violate public policy and are void at the outset in a decision announced last week.

Per a June 5 legal alert from White and Williams LLP, STOLI policies are schemes where disinterested third-party investors with no insurable interest on a person’s life take a gamble on that person’s life by investing in a high face value life insurance policy obtained through the submission of fraudulent documents overstating income and net worth.

In Sun Life Assurance Company of Canada v. Wells Fargo Bank, N.A., an application was received by Sun Life in 2007 for a $5 million insurance policy on the life of Nancy Bergman. The application listed a trust as the sole owner and beneficiary of the policy. Bergman’s grandson signed as trustee. The other members of the trust were all investors, and all strangers to Ms. Bergman.

The investors paid most if not all of the policy’s premiums. Sun Life received an inspection report that listed Ms. Bergman’s annual income as more than $600,000 and her overall net worth at $9.235 million.

More than two years later, the trust sold the policy and the investors received nearly all of the proceeds from the sale.

Wells Fargo Bank, N.A. eventually obtained the policy in a bankruptcy settlement and continued to pay the premiums. After Nancy Bergman passed away in 2014, Wells Fargo sought to collect the policy’s death benefit. Sun Life investigated the claim, uncovered the discrepancies noted above and declined to pay.

The United States District Court for the District of New Jersey partially granted Sun Life’s motion for summary judgment. The court found that New Jersey law applied and concluded “that this was a STOLI transaction lacking insurable interest in violation of [the State’s] public policy. . . As such, it should be declared void ab initio.”

The court also granted Wells Fargo’s motion to recover its premium payments, reasoning that “Wells Fargo is not to blame for the fraud here,” and that “allowing Sun Life to retain the premiums would be a windfall to the company.”

Both parties appealed and because there was no dispositive New Jersey case law, the Third Circuit certified two questions of law to the Supreme Court of New Jersey:

(1) Does a life insurance policy that is procured with the intent to benefit persons without an insurable interest in the life of the insured violate the public policy of New Jersey, and if so, is that policy void ab initio?

(2) If such a policy is void ab initio, is a later purchaser of the policy, who was not involved in the illegal conduct, entitled to a refund of any premium payments that they made on the policy?

The New Jersey Supreme Court ruled on the two questions of law by answering “yes” to both parts of the first certified question: a life insurance policy procured with the intent to benefit persons without an insurable interest in the life of the insured does violate the public policy of New Jersey, and such a policy is void at the outset.

In response to the second question, a party may be entitled to a refund of premium payments it made on the policy, depending on the circumstances.

STOLI policies are tantamount to making a bet on a person’s life, the litigation alert from White and Williams, LLP states.

“This clearly violates public policy and confirmation by the Supreme Court of New Jersey is a win for the residents of the State of New Jersey as well as for life insurance companies who have been saddled in expensive litigation due to these predatory practices. By not requiring that premiums be refunded upon the voiding of a STOLI policy these bad actors may think twice before engaging in this illegal practice.”