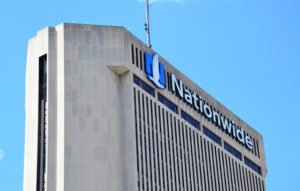 As part of ongoing efforts to give agents the flexibility they need to grow and thrive, Nationwide this week announced its intention to shift entirely to an independent agency distribution model by the middle of 2020.

The company is one of the largest carriers that currently sells products through both exclusive and independent agents.

Approximately 2,000 existing agents who have been operating under the Nationwide brand will have the opportunity to transition to an independent agency model between now and July 1, 2020. The company already has relationships with more than 10,000 independent agents across the United States.

“We don’t anticipate any changes for members. Agents will continue to serve members as they have in the past and still have access to Nationwide’s broad range of insurance and financial services products,” said Mark Berven, President & Chief Operating Officer of Nationwide Property & Casualty. “Nationwide is committed to offering members a distribution point that works best for them, while providing long-term growth opportunities for our agents.”

Nationwide said in a statement announcing the strategy shift that the carrier will continue to offer direct-to-consumer options for members who choose to do business online or over the phone.

Benefits of moving to an independent model

Nationwide said in the statement it has been working to provide its exclusive agents with more flexibility and choice over the past several years. In moving to an independent model:

Exclusive agents will have several options to transition to an independent contract by July 1, 2020. As agents transition, they may continue to work as a Nationwide agent and operate as they do today. Once transitioned, agents will be able to broaden their partnerships and the products they offer. Some of the 2,000 may instead opt to join another captive carrier.

“We’re sharing our plans with agents now so they can have as much time as possible to review their options and plan for the transition,” Berven added. “Market dynamics, customer preferences and increased desire by exclusive agents for more flexibility make now the opportune time to move to a fully independent model. It will create a win-win for our distribution partners, and ultimately, our members.”

Nationwide reported $46.5 billion in revenue last year in its annual report. Its life insurance business saw revenue jump 11.3% to $5.61 billion in 2017, with net income of $1.3 billion, helped by the tax cuts. Nationwide was the third-largest seller of indexed annuities in 2017 with sales of $4.6 billion, an increase of 70% percent compared 2016, according to Wink’s Sales and Market Report.

About Nationwide: Nationwide, a Fortune 100 company based in Columbus, Ohio, is one of the largest and strongest diversified insurance and financial services organizations in the U.S. and is rated A+ by both A.M. Best and Standard & Poor’s. The company provides a full range of insurance and financial services, including auto, commercial, homeowners, farm and life insurance; public and private sector retirement plans, annuities and mutual funds; banking and mortgages; excess & surplus, specialty and surety; pet, motorcycle and boat insurance. For more information, visit www.nationwide.com. 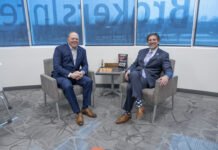