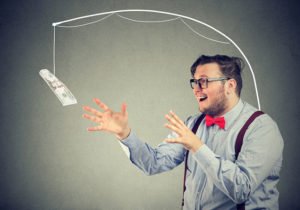 Although 90% of active retirement savers agree that accumulating enough savings is an important factor in their ability to enjoy their future retirement, a significant subset of these Americans is worried they’re already too far behind to reach their savings goals.

According to the Chasing Retirement Study from Allianz Life Insurance Company of North America of Americans age 45-65 actively saving for retirement, these “Chasers,” who make up half (49%) of the total respondents, think they need to catch up on their retirement savings but need help to understand potential solutions to close their savings gap.

Chasers are defined as those who are saving but have either fallen behind on where they should be, wish they could accumulate savings faster, or worry that if they don’t increase savings soon it will be too late to have a comfortable retirement.

More than eight in 10 (85%) Chasers feel they have fallen behind where they should be in saving for retirement compared to just 4% of non-Chasers, and the same percentage worry it will be too late for them to have a comfortable retirement if they don’t increase their savings soon (vs. 2% for non-Chasers). The vast majority of Chasers (98%) also say they wish there was a way they could accumulate funds faster to make up for lost time vs. 41% for non-Chasers, but nearly two-thirds (63%) of Chasers also say they can’t take the risk of investing in high risk/high reward financial products.

“Among those Americans actively saving for retirement, our study finds a dramatic difference between those who feel on track and those who feel behind, with this subset wishing for ways to catch up but without taking on too much risk,” said Paul Kelash, vice president of Consumer Insights for Allianz Life. “While it’s a positive that they are actively saving for retirement, the level of anxiety is concerning and many are simply not aware of potential solutions to help them catch up.”

Despite having a mean retirement portfolio of more than $400,000, Chasers struggle to keep up with their retirement savings goals and may need more education about financial products. More than half (54%) say they have too many other expenses right now and one in five say they are saving for other financial goals. As a result, two-thirds of Chasers fear they will run out of money in retirement, and more than six in 10 (61%) believe they will need to keep working instead of retiring.

Although the fastest way to accumulate funds may be to take on more investment risk, Chasers are not very interested in that approach. Only 34% of Chasers said the only way to save enough for a comfortable retirement is “to invest in high risk/high reward financial products.” Instead, Chasers gravitate toward protection as part of their growth options. More than eight in 10 Chasers (84%) say they are interested in a financial product that offers growth potential with some protection from loss, and 71% of Chasers are willing to trade off some upside growth potential to have some protection from losses.

“Although Chasers will likely need to be more aggressive in order to catch up on their retirement savings goals, they still need to maintain some focus on protection because they are closer to retirement,” noted Kelash. “A financial professional can help them determine the right mix of financial products.”

Key findings from the study

About Allianz Life: Allianz Life Insurance Company of North America, one of FORTUNE’s 100 Best Companies to Work For® in 2018, has been keeping its promises since 1896. Today, it carries on that tradition, helping Americans achieve their retirement income and protection goals with a variety of annuities and life insurance products. In 2017, Allianz Life provided a total of $2.7 billion in benefit payments that supported policyholders’ financial objectives. As a leading provider of fixed index annuities, Allianz Life is part of Allianz SE, a global leader in the financial services industry with 142,000 employees in more than 70 countries worldwide. More than 85 million private and corporate customers rely on Allianz knowledge, global reach, and capital strength to help them make the most of financial opportunities.

*Allianz Life Insurance Company of North America conducted an online survey, the Chasing Retirement Study, in April 2018 with a nationally representative sample of 1,007 respondents ages 45-65 with a minimum household income of $100,000 if married or $75,000 if single, who own at least one financial product, and have some retirement savings. The study included an oversample of 102 Chasers for a total of 1,109 completed surveys.

Chasers were identified by agreement with at least two of the following: