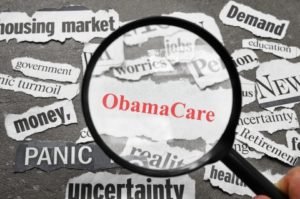 People who selected “Silver” plans, the most popular ACA plan type in the federal Marketplace, pay an average premium of $69 per month after tax credits, according to a new report released June 18 by the Department of Health and Human Services (HHS).

Among other findings in the report:

• Taxpayers are subsidizing 76% of the cost of the average full monthly premium for individuals who selected plans in the 36 Federal Marketplace states with tax credits. As a result of the tax credit, the average premium is reduced from $346 to $82 per month.

• Consumers using the Marketplace on average can choose from 5 health insurers and 47 different plans.

• A 27-year-old woman with an income of $25,000 living in Jackson, Miss., could apply a $191 per month tax credit to the lowest-cost bronze plan in Jackson, priced at $199 per month, and end up paying just $8 per month for Marketplace coverage.

Click here to read the full report from HHS, and chime in here with your thoughts on the topic in the Forum.