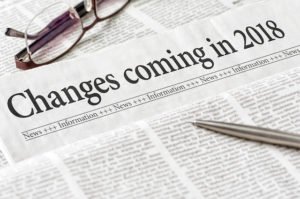 There may have never before been so much turnover within the top administrative posts of the life & health insurance industry’s leading national associations as we have seen in the past year – or perhaps even just the past month.

In March alone, four major associations announced changes have either been made or are coming at the top:

Life insurers do have some established veteran trade association leadership in LIMRA/LOMA’s Robert A. Kerzner, CLU, ChFC, who has been on the job since 2004, and ACLI’s Governor Dirk Kempthorne, who has served that organization as president and CEO since late 2010.

But the influx of new top executives at so many associations charged with representing the interests of life & health insurance agents and advisors certainly is enough to raise some eyebrows. This new generation of leaders will be charged with guiding the lobbying and advocacy efforts of key importance to agents and financial advisors – from tax and health care reform to the Fiduciary Rule and other regulatory issues.

Here’s a closer look at who’s coming and going per the slew of recent announcements:

“2018 will be my tenth year at IRI and I am looking forward to setting IRI on the track for another 25 years of being the first-call association for the retirement income industry. Over the course of my career, my objective has always been to implement forward-thinking policies that benefit the constituents, consumers, employees, members, men, and women whom I have served. My thanks and appreciation goes to the IRI Board of Directors, the IRI membership, the staff, and to my family for the support they have provided over the past nine years. Through their support and encouragement, we have achieved many great things.”

As part of a two-year succession plan, Weatherford will retire effective December 31, 2018. The IRI Board of Directors is conducting a search to recruit her replacement. In a statement, the Board said the accelerating pace of change in the retirement income landscape, as well as IRI’s outstanding track record of the last decade under Cathy’s leadership, require the association to seek an extraordinary individual for its leadership. The Insured Retirement Institute has proven itself as a first-call association through its dedicated efforts on behalf of America’s retirement savers through its leadership of the National Retirement Planning Coalition, the fight against the fiduciary rule, and its numerous advocacy efforts on Capitol Hill.

The Search Committee, in close cooperation with the Board’s Executive Committee, will be focusing their efforts on the most senior professionals in national leadership roles in both legislative branches and regulatory agencies, as well as “C Suite” executives (and alumni) at financial services firms who have strong thought leadership and advocacy track records.

The Search Committee intends to identify potential prospects and interview candidates through the spring, reach a conclusion on finalists by mid-year, and have the successful candidate employed this fall to work on a leadership transition with Weatherford.

AALU announced on March 23 that CEO David Stertzer will transition to an advisory role with the association, and that current COO Marc Cadin has been chosen to succeed Stertzer as CEO beginning Sept. 1, 2018 (More on Stertzer’s tenure at AALU in this link).

“Our challenge lies in adapting to a changing business and advocacy environment while keeping AALU’s core commitment to our key members and markets. David Stertzer did an excellent job these last 33 years, and with Marc Cadin succeeding him as CEO, we won’t miss a step,” said David Byers, AALU President-Elect. “One of the board’s key priorities is leadership development, and I am grateful to David Stertzer, Rich DeVita, and our past presidents for providing us with an experienced in-house veteran who knows our businesses, shares our values, and is ready to lead from day one.”

Cadin will join the AALU Board as a Director in an ex officio capacity commensurate with his appointment as CEO in September. At the board’s direction, Cadin is leading a strategic planning process centered around membership growth and value. Members will hear more information about this process at the 2018 AALU Annual Meeting in Washington, D.C. April 29-May 1. More information on the Annual Meeting can be found at http://www.AALU2018.org.

“I’m very fortunate to have the opportunity to build on David Stertzer’s legacy,” said Cadin. “I could not have had a better mentor. I not only learned this business from him, but learned how to be an effective leader by working with him for 18 years. I believe in this profession and the value we create, and I am looking forward to fulfilling the board’s vision for our future.”

The Board of Directors for the National Association for Fixed Annuities, NAFA, announced March 7 that after careful consideration of the association’s long-term goals, which will focus on growth, expanded advocacy and engagement on behalf of fixed annuities and the annuity industry, it was determined that it was time to seek a new Executive Director.

Chip Anderson has been a long-standing member of the Washington, D.C.-based association and stepped in three years ago as its Executive Director during a time of transition. Anderson will continue in his current role and be an integral part of the selection committee, continuing his support through the transition period (More at this link).

WASHINGTON, D.C. – After a thorough search and thoughtful succession planning process, the AHIP Board of Directors voted unanimously on March 13 to appoint Matt Eyles president and CEO of America’s Health Insurance Plans, the largest and most effective advocacy group for health insurance providers in the country. Matt will succeed Marilyn Tavenner, who is retiring, effective June 1st.

Eyles has led AHIP’s policy work as Executive Vice President since 2015 and was promoted to Chief Operating Officer in 2017. He has worked closely with Tavenner, the Board, and AHIP members on a range of essential issues and initiatives. From health care reform in Washington and fighting to lower prescription drug prices, to strengthening employer-provided coverage and long-range strategic planning, Eyles has been an effective advocate for insurance providers and a trusted partner to policymakers. He will continue to lead the vision and mission established under Tavenner’s leadership. More details on his extensive background can be found here.

“It is an honor to represent insurance providers and the members they serve,” said Eyles. “We will continue to focus on solutions that deliver more affordable choices and higher quality for every American. It’s also an honor to have worked with and learned from Marilyn. For more than 40 years, she has driven important changes that have directly improved the lives of patients, consumers, and hardworking taxpayers.”

“Matt is one of the most experienced leaders in Washington,” said Tavenner. “We have partnered together on real solutions that allow health insurance providers to better serve the millions of Americans they work for every day. We worked closely with the Board to plan an effective transition to ensure that under Matt’s leadership, AHIP will continue to be the industry leader for years to come.”

“Marilyn’s track record of service and success is a model for every leader,” said Bernard J. Tyson, AHIP Board Chair and Chairman and CEO of Kaiser Permanente. “She has delivered real results for AHIP and our industry in a time of extraordinary change and uncertainty. Matt will build on our shared success—and the AHIP Board is confident in him, his team, and his leadership.”