It’s recently been called “the Achilles’ heel of life insurance.”

Living to 100 is a celebrated achievement for those reaching the milestone, but as life expectancy increases and more and more people hit it, some end up facing the unexpected termination of their permanent life insurance policies. Indeed, “permanent” life insurance isn’t always permanent, as some universal life policies purchased before actuarial tables were updated several years back will terminate when the insured hits the century mark.

Such is the case with Gary Lebbin, who will turn 100 in September and stands to lose two universal life insurance policies with a cumulative death benefit of $3.2 million. A recent article in The Wall Street Journal noted that language in Lebbin’s policies includes a maturity or expiration date – in this case his reaching age 100 – when the insurer terminates the policy and pays out only the policy’s current net cash value. And the payment amount beyond the premiums paid will be subject to taxation (according to the Journal article, Lebbin paid more than $1.5 million in premiums for the policies over the years). So much for that multimillion-dollar, tax-advantaged death benefit for the beneficiaries.

Lebbin and a trust he created filed a lawsuit against Transamerica Life on July 20, 2017, alleging that for decades, carriers such as Transamerica sold permanent universal life policies, marketed as “insurance for life,” utilizing outdated mortality tables that did not take into account that Americans are increasingly living past 100. The complaint says the result has been “the improper termination of life insurance policies that were originally sold to policy holders as ‘permanent insurance.’ The life insurance industry has left its customers (who faithfully paid their premiums with the expectation that they would have coverage for the remainder of their lives) uninsured. Further twisting the knife, these terminations have exposed customers to adverse tax consequences that are in direct contradiction to the guarantees made when these policies were purchased.”

Transamerica issued Lebbin’s two second-to-die UL policies in 1990 (his wife passed away in 2015), using actuarial tables that set the terminal age at 100. While Transamerica and the rest of the industry updated the terminal age to 121 by the late 2000s, the change was not retroactive to older contracts.

According to Lebbin’s complaint, he wrote to Transamerica to request an extended maturity rider but was denied. In a statement provided to the Journal, Transamerica says it acted properly:

“We understand that Mr. Lebbin is disappointed that his life insurance coverage will shortly come to an end. However, his policies, according to their terms, pay benefits only if he were to pass away before the policies’ anniversaries nearest age 100…We take seriously our obligations to the millions of customers who rely on the solutions we provide and we abide fully by the terms and conditions of our policy contracts.”

Best hope for Lebbin would appear to be to reach some sort of settlement with Transamerica. Worst case is the complaint gets dismissed by the U.S. District Court in Maryland.

Much has been written recently about the age 100 conundrum in light of the Lebbin case. Joseph M. Belth, professor emeritus of insurance at Indiana University’s Kelley School of Business, wrote about the case, and its underlying problem which he first addressed way back in 2001. He says while this case is not a class action (and there is no time for it to become one), he thinks mounting a class action would be the only way for interested parties to force the industry to address the age 100 problem.

• More on this case: Some insurance expire while Centenarians live on

• Do you have any universal life clients who may run into this problem, or have thoughts on the issue? If so, please chime in on this thread: UL Clients approaching 100 could see coverage terminate 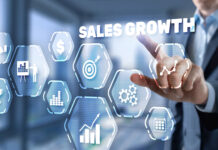