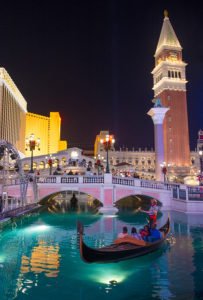 “I don’t know anything,” Van Mueller repeatedly told a room of nearly 100 insurance professionals as the opening keynote speaker at the inaugural Advisor Network Summit at the Venetian in Las Vegas.

Mueller, the highly successful Milwaukee-based financial rep with New England Financial, said he doesn’t know a thing when it comes to prognosticating about what’s going to happen with the economy, and said that if Ben Bernanke, Janet Yellen, Mitt Romney or President Obama can’t fix the economy, what do you want him to do about it?

He wasn’t saying he doesn’t know what he’s talking about. He’s saying telling people what you think is going to happen isn’t what you need to be doing with prospects.

Mueller, who says he has about 50 different elevator speeches he can utilize depending on the situation (and he sells everywhere he goes and said he ran 911 apps in a six-month period), finds a way to ask leading questions that get the prospect to buy into his concepts, typically centered around the power of cash value insurance and annuities to protect wealth.

“Stop telling people stuff. Go and show people that you’re interested,” Mueller said. “I just know how to ask people what matters to them.”

While much of Mueller’s message seemed to be doom and gloom for what’s coming in terms of a potential stock, bond and housing market crash, he stressed that his message to the audience of life insurance and annuity producers was really that they have a great opportunity to help people protect their wealth. He mentioned how he works with members of the greatest generation, who have been the best at saving money, and asks them if they would be interested in helping their children or grandchildren cope with paying for health care in the face of diminishing Social Security benefits (he had a statistic that said 98% of a person’s Social Security benefit would go toward health care in 10 years). Yes? I’ll show you how. When do you want to get started?

He phrases it along the lines of, “If your kids and grandkids are going to need this money, do you want to give it to the government, nursing homes or hospitals, or would you like to keep it in the family?”

Another strategy is aimed at wealth preservation – as in preserving it from government takeover. He mentioned how so many people that haven’t planned or saved can’t afford retirement or health care. “Do you think our government is going to let all these older people with little to no savings just starve in their old age?” Mueller asked. “No. Who do you think they’ll come after?” The people with money.

How can people with money protect it from higher taxes? Insurance products, of course.

“We sell the greatest savings vehicles that have ever been,” Mueller said. “It is the greatest time ever to be an insurance agent.”

Stay tuned for more insight from Van Mueller in the coming days, and click here for more information about the event.