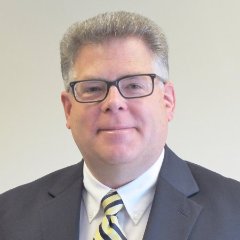 In January, independent agents woke up to the news that Internet giant Google had plans to sell insurance.

A Jan. 18 New York Times article reported that Google is partnering with the auto insurance comparison site, CompareNow, to begin selling insurance in the United States – building on its experience operating its Google Compare auto insurance site for two years in Britain. According to the Times, “To the list of jobs threatened by the Internet, add one more: insurance agent.”

Online insurance sales aren’t new. Geico, a leader in this space, has been at it for some time –making a name for itself with quirky ads for discounted auto policies. According to A.M. Best, the credit rating agency, 28% of auto insurance sales in 2012 were sold online, nearly doubling in 10 years. This success has drawn other big players like Walmart, Overstock and a crop of technology start-ups selling a variety of auto, homeowners and commercial insurance products.

• Check out a recent discussion thread on this subject here.

There’s no doubt change is coming to how insurance is sold, but let’s keep it in perspective. Insurance is complicated. It’s not like buying a chair or a lamp. Every person, every business has unique characteristics that need to be considered when they buy insurance to protect themselves or their business. While people do conduct research online (about 70% of people comparison shop for personal insurance), only a very small percentage actually buy online.

It’s taken almost 20 years for the “direct” insurance companies (those that sell direct and online) to double their share of the market and that includes Geico. Still, even Geico has had to open brick-and-mortar offices to interact with potential clients.

It’s easy to assume the worst for independent agents when you hear about Google jumping into the mix. However, the reverse is actually true. In this David and Goliath scenario, the Internet provides agents with a powerful weapon – a metaphorical rock and slingshot – to personalize sales tactics, identify new markets and customize post-sales services. It gives agents the ability to deliver the kind of service you would never get from a digital insurer. Many of these agents are also banding together in agency groups, such as aggregators, clusters, alliances or networks to give them the scale and services they need to compete in today’s competitive environment.

There’s no question people are using the Internet as a tool to become better educated, but agents in my network are not seeing this flight to the direct market. If anything, the direct sales channel is often the best sales tool for independent agents. All it takes is one bad experience with an online policy to bring someone into an office looking for a more trustworthy and professional alternative.

The world is changing and insurance agents have been adapting and changing for decades. The bottom line is when people are considering what’s right to protect themselves, their families and their businesses, they will continue to seek the advice of trained professional risk managers – independent insurance agents.

• Check out a recent discussion thread on this subject here.

John K. Tiene is CEO and shareholder of ANE, the Agency Network Exchange. ANE is the fastest growing and most innovative alliance for independent insurance agents in the mid-Atlantic region. Tiene is a trusted advisor to leaders in the insurance industry, a role that began more than two decades ago when he served as chief lobbyist and spokesman for the Garden State’s $12 billion property/casualty insurance industry during the turbulent 1990s. Recently named to Selective’s New Jersey Regional Producer Advisory Council, he has been widely recognized for his accomplishments and services to New Jersey’s property/casualty insurance industry, and has served on the national advisory board of Trusted Choice®, the agency marketing organization of the Independent Insurance Agents and Brokers of America (IIABA) when he was Corporate Director of Personal Lines Sales and Marketing for OneBeacon Insurance Group, Ltd.