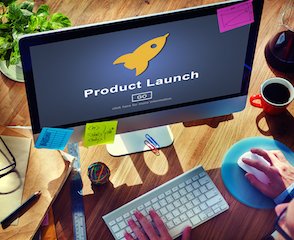 Lemonade, the world’s first peer-to-peer insurance company, today (Sept. 21, 2016) announced it has been licensed as a full-stack insurance carrier by the state of New York.

In a press release about the launch, Lemonade says New York homeowners and renters can now get insured and settle claims instantly, anytime and from any device. As you may recall from earlier coverage, Lemonade secured a vast amount of venture capital funding and assembled a team of seasoned executives who see an opportunity in this unique business model.

“Technology drives everything at Lemonade” said Shai Wininger, President and co-founder. “From signing up to submitting a claim, the entire experience is mobile, simple and remarkably fast. What used to take weeks or months now happens in minutes or seconds. It’s what you get when you replace brokers and paperwork with bots and machine learning.”

Also from the release: “Beyond bureaucracy and time, Lemonade’s technology cuts costs as well. Lemonade’s homeowners policies start at $35 per month, and renter’s at $5 per month. The nation’s largest insurers charge entry-level-renters between 2x to 4.5x more for equivalent coverage” (see graphic).

In addition to digitizing the entire insurance process, Lemonade also says it reduces costs through giving. In a reversal of the traditional insurance model, Lemonade treats premiums as the property of the insured, not the insurer, returning unclaimed money during its annual ‘Giveback’. Giveback is a unique feature of Lemonade, where each year leftover money (‘underwriting profit’) is donated on the customer’s behalf to a cause they choose. Cause-selection creates virtual groups of like-minded people, or ‘peers.’ Lemonade uses each group’s premiums to pay their claims, giving back leftover money to their common cause.

Schreiber will be one of the a main stage featured speakers for a “Q&A” session at the upcoming InsureTech Connect 2016 conference in Las Vegas Oct. 5-6, where he will no doubt talk about the road to the New York launch.

Lemonade’s launch release goes on to say the Giveback funds nonprofits, but benefits everyone. Fraud consumes as much as 38% of all the money in the traditional insurance system, inflating premiums by $1,300 and making the claims process protracted and unpleasant. While the industry shrugs this off as a cost of doing business, behavioral scientists have mapped the underlying drivers, providing Lemonade with a blueprint for building a new kind of insurance carrier. Giveback is a part of the solution.

“Knowing that every dollar denied to you in claims is a dollar more to your insurer, brings out the worst in us all,” said Professor Dan Ariely, Chief Behavioral Officer, Lemonade. “So we architected Lemonade to avoid conflicts of interest. We take a flat 20% fee, and give unclaimed money to a cause of the policyholder’s choice. Since we don’t pocket unclaimed money, we can be trusted to pay claims fast and hassle-free. As for our customers, knowing fraud harms a cause they believe in, rather than an insurance company they don’t, brings out their better nature too. Everyone wins.”

“As the President of Product Development at AIG and Chief Innovation Officer at Zurich I spent my career pushing the limits of innovation within Big Insurance,” Sagalow said earlier this year. “I concluded that true disruptive innovation is almost impossible within the framework of legacy carriers. I joined Lemonade because only a company born of technology, the sharing economy and behavioral economics can truly re-architect what insurance should look like.”

Lemonade has not commented publicly on its strategy to deal with challenges like how catastrophic risk is going to be hedged. For example, if a carrier’s clients tend to be geographically concentrated, and a big storm (ie: Hurricane Sandy) hits the area, how would the fund of this insurance be prevented from being wiped out and leaving unpaid claims? There is the assumption any large losses would be turned over to a reinsurer, but is there more to it than this?Also, some insurance agents have commented in threads on Insurance Forums expressing concerns that a model like this will attract mostly substandard business – people who may be attracted by the low premiums and a perception of more “relaxed” underwriting than traditional carriers. How will Lemonade avoid a pool full of insureds with poor claims history and bad credit? (please feel free to comment on this thread: Will Lemonade be the Uber of homeowners insurance? )

Lemonade is rated ‘A-Exceptional’ by Demotech, regulated by the State of New York, and is reinsured by Lloyd’s of London, Berkshire Hathaway (National Indemnity) and other leading companies.

Residents of New York State can now buy a new policy or switch from an existing one at www.lemonade.com or through the Lemonade app.

• The Science Behind Lemonade: https://youtu.be/6U08uhV8c6Y

About Lemonade: Lemonade is the world’s first peer to peer insurance company. By replacing brokers and bureaucracy with bots and machine learning, Lemonade promises zero paperwork and instant everything. And as a Certified B-Corp, where underwriting profits go to nonprofits, Lemonade is remaking insurance as a social good, rather than a necessary evil. Lemonade is reinsured by Lloyd’s of London, Berkshire Hathaway (National Indemnity) and other leading reinsurers, and has been awarded a Financial Stability rating of ‘A-Exceptional’.