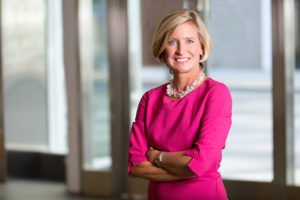 The American Insurance Association (AIA) announced this month that President and CEO Leigh Ann Pusey, pictured, will be stepping down on June 9, 2017 after successfully leading the organization since 2009.

Pusey is leaving to pursue another career opportunity, according to a press release announcing her resignation. Washington, D.C.-based AIA is the leading property-casualty insurance trade organization, representing more than 325 insurers that write more than $127 billion in premiums each year.

Since joining AIA 20 years ago, Pusey has served in several key positions in the organization including chief operating officer and senior vice president for government affairs.

“We thank Leigh Ann for the dynamic and energetic leadership she provided during her tenure as president and CEO of the AIA,” said AIA’s Chairman and The Hartford’s Chairman & CEO Christopher Swift. “During that time, she built a strong, dedicated team of professionals who everyday zealously represent the property-casualty industry in Washington, D.C. and in state capitals across the nation. We wish her well as she begins the next phase of her career.”

“It has been a tremendous privilege to lead AIA for the past eight years,” said Pusey. “The leadership of our Board, commitment of our members and dedication of AIA’s staff to advancing thoughtful public policy solutions are what makes AIA the leading property-casualty trade association. I look forward to watching AIA as it continues to lead our industry’s advocacy efforts.”

Pusey will stay through a transition period working closely with AIA Senior Vice President and General Counsel J. Stephen “Stef” Zielezienski and Senior Vice President for State Affairs Joe DiGiovanni as the association continues to aggressively pursue the public policy goals of its member companies and the property-casualty insurance industry. AIA celebrated its 150th anniversary in 2016 and has been undertaking an effort to modernize its approach to advocacy, focusing on serving the industry with greater agility and impact in an increasingly challenging policy environment.

Swift added, “While we will miss Leigh Ann, her departure provides an opportunity to build off the momentum and success of recent years and identify a leader who can continue AIA’s journey of excellence, providing thought leadership for the industry in a time of tremendous change and challenge.”