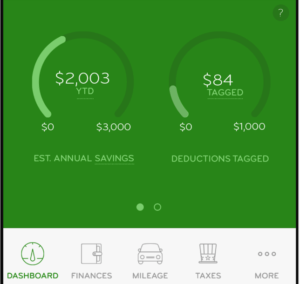 This is an issue that Washington D.C.-based tech startup “Hurdlr” aims to address – and has already for similar self-employed occupations including rideshare drivers, freelancers and real estate agents.

Hurdlr is the brainchild of brothers Raj and Anu Bhaskar, who spent 10 years building the real estate software platform VisualHOMES before the company was acquired in 2010. That allowed the duo to turn their attention to starting a new venture, and this time they saw a need for a mobile-first business expense management app designed to meet the needs of today’s entrepreneurs.

There’s no arguing the fact that the freelance economy is large and still growing. The Freelancers Union’s 2016 “Freelancing in America” survey shows freelancers now make up 35% of the U.S. workforce, numbering 55 million in 2016 and collectively earning $1 trillion annually.

The growth of occupations such as Uber and Lyft drivers – and the trend toward more companies utilizing 1099 independent contractors instead of W2 employees – has created an opportunity. Independent contractors need products tailored specifically to their unique business challenges. Manual spreadsheets and complex small business accounting systems were not designed to meet the speed and mobility needs of modern entrepreneurs.

That’s where Hurdlr comes in, aiming to fill the void with an app that seamlessly tracks income streams, expenses and tax deductions in real time.

The app first launched about 2 years ago, targeting the on-demand space and rideshare drivers in particular. The focus expanded into real estate, and Hurdlr now has more than 100,000 users. Hurdlr has recently set its sights on helping out independent insurance agents, and Insurance Forums wanted to know more. That led to a recent conversation with Sajad Ghanizada, head of growth at the company.

“We figured that looking at the freelance and the 1099 space overall, what we realized is that there’s a huge demand,” Ghanizada said, adding that they’ve known all along there is a large, unmet demand for productivity and finance products for independent insurance agents, but they haven’t explored it to this point. “So we decided that this is a perfect time for us to come in and fill that void.”

Ghanizada noted that independent agents have a couple issues with managing their business. “One is they really want to focus on driving more leads, getting more clients and also getting the commissions from those clients. But the problem with that is that they have this whole other part of their business that they have to manage that they really don’t like, especially on the finance side,” Ghanizada said. “Because the more time they spend on that, the less time they have to dedicate to their marketing efforts to drive those leads. So what we want to do with them is lower the amount of time they spend managing their business overall so they can spend more time generating leads.”

Ghanizada said they identified two key issues – productivity (where agents just want to focus on servicing existing clients and generating leads to bring on new clients) and retention (too many agents churn out of the business quickly because they can’t generate enough business to make it).

He thinks that Hurdlr will be able to solve both of those, because they’ve already done it in real estate and the on demand/driver space, and the same issues apply to agents as well. Ghanizada said the Hurdlr app is actually being used by lots of independent agents already.

Here’s how it works. Once you download the free Hurdlr app, a first step is to select the type of business – in this case insurance agent. Then you sync up the credit card you use for business expenses and the checking account used to manage your business. Once you do that, your transactions show up in the app and you tag them as either ‘business’- or ‘non-business’-related, and it calculates all taxes.

“I think the interesting thing to note for agents is that when you are tracking your expenses, the amount of deductions you could take for each expense could also vary based on the purpose of that expense,” Ghanizada said. “Let’s say you went out to dinner with client. If this is just a regular client-related meal expense, you can deduct 50% of that meal. But if its lead-gen related – within the Hurdlr app you categorize it as a lead-gen-related meal, then that’s 100% deductible. You’re whole meal expense gets deducted at that point. So there are small features here and there on tax side that allow agents to maximize the amount of return they get and minimize the amount of tax they’ll have to pay.”

Ghanizada said there is a real-time tax calculation engine built into the app for all 50 states and D.C., so users get their federal, state and self-employment tax estimate on a quarterly and yearly basis.

“We’ll project out your yearly based off of where you’re at currently, and then we’ll give you your full breakdown and give you the option to export the data out if you want to file your taxes yourself, or you want to just send it to your accountant – you can do that directly within the app.”

Hurdlr is currently free to download and use on iOS and Android mobile phones – which begs the question about how the company makes money? “Eventually at some point we may decide to turn on some type of pay model, but right now we’re more focused on just building out our partnerships, and our user base.”

A partnership with a company in the insurance space – perhaps a carrier, BGA, IMO or cluster – could happen in the future as well. “There may be some potential for us to talk to certain brokerages, aggregators or clusters and see if we can put out something that would allow us to reach a larger number of agents, but also create agent-specific features that would benefit them,” Ghanizada said.

In the meantime, Ghanizada said there are a couple of new agent-specific features coming soon. “They’re ready right now; we’re waiting on some testing and running a few trials to determine when we’re going to be rolling them out.”

If you are interested in checking out the Hurdlr app, you can get it from the App Store or Google Play store or by clicking here. 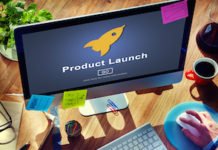 Insurance: Destined for change by way of technology 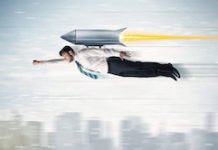 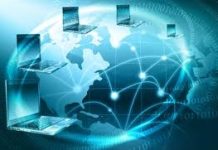